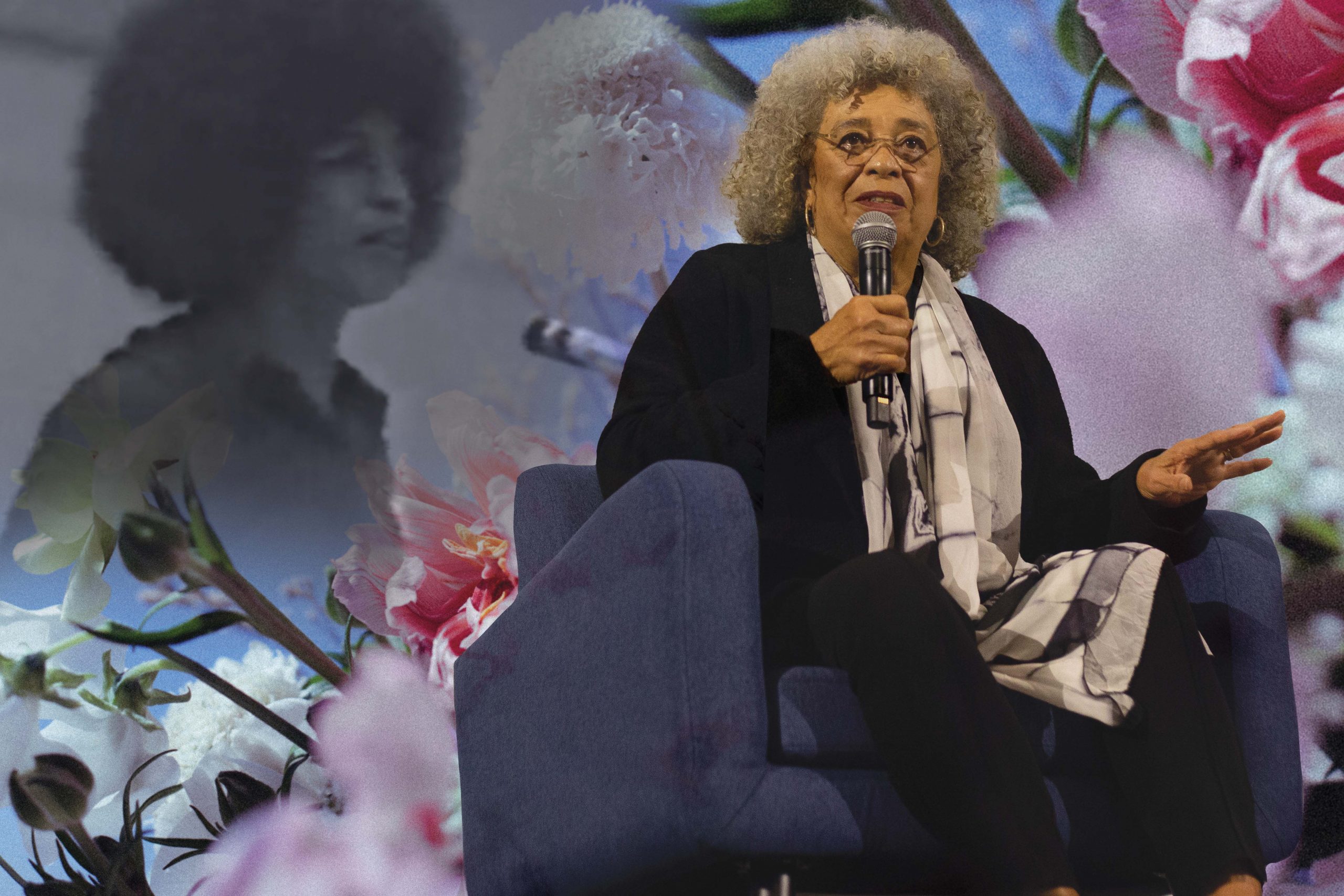 This year marked 50 years since the celebrated Black feminist scholar Angela Davis first spoke at California State University Fullerton. While closing her 1972 speech, Davis told the audience that eliminating racism would be “a direct function of our ability to struggle vigorously.”

She described two possible futures: One where “freedom, justice, equality, abundance, dignity and happiness belongs to all,” and another where racism is allowed to fester and grow.

“Which path are we going to take?” Davis asked, “that is up to us.”

It seems clear that CSUF has chosen the second option. In Orange County, white supremacy is alive and well.

On Feb. 24, 2022, the date of Davis’ anticipated 50th-anniversary return to campus, an unknown threat forced the Titan Student Union to close.

Our reporters witnessed a police sweep, complete with dogs sniffing for explosives. Students, faculty and community members gathered outside in the cold and asked each other what was happening.

After more than an hour, Davis took the stage to a much smaller crowd than initially expected.

“So much has changed, and at the same time, we are engaging with the very same issues, the same problems that have occupied our attention over the last five decades,” Davis said, referring to the explosives threat that delayed her presentation.

The incident was so familiar that it reminded the Tusk staff of a 2021 event hosted by the Associated Students’ Social Justice and Equity Commission. The virtual retrospective, “Angela Davis Tried To Warn Us,” in which Davis’ 1972 speech was played for a live audience, was also delayed because of a Zoom bombing.

“I think delaying the event was intentional because of the political state of the event itself,” said Bethany Whittaker, former president of the CSUF Black Student Union, of the 2022 incident. “It is kind of discouraging, but I do know that my community, the Black community, is really excited to hear Angela Davis speak. This little hiccup is not going to deter that.”

Here’s what three CSUF community members had to say about Davis while they waited for the explosives threat to be cleared: