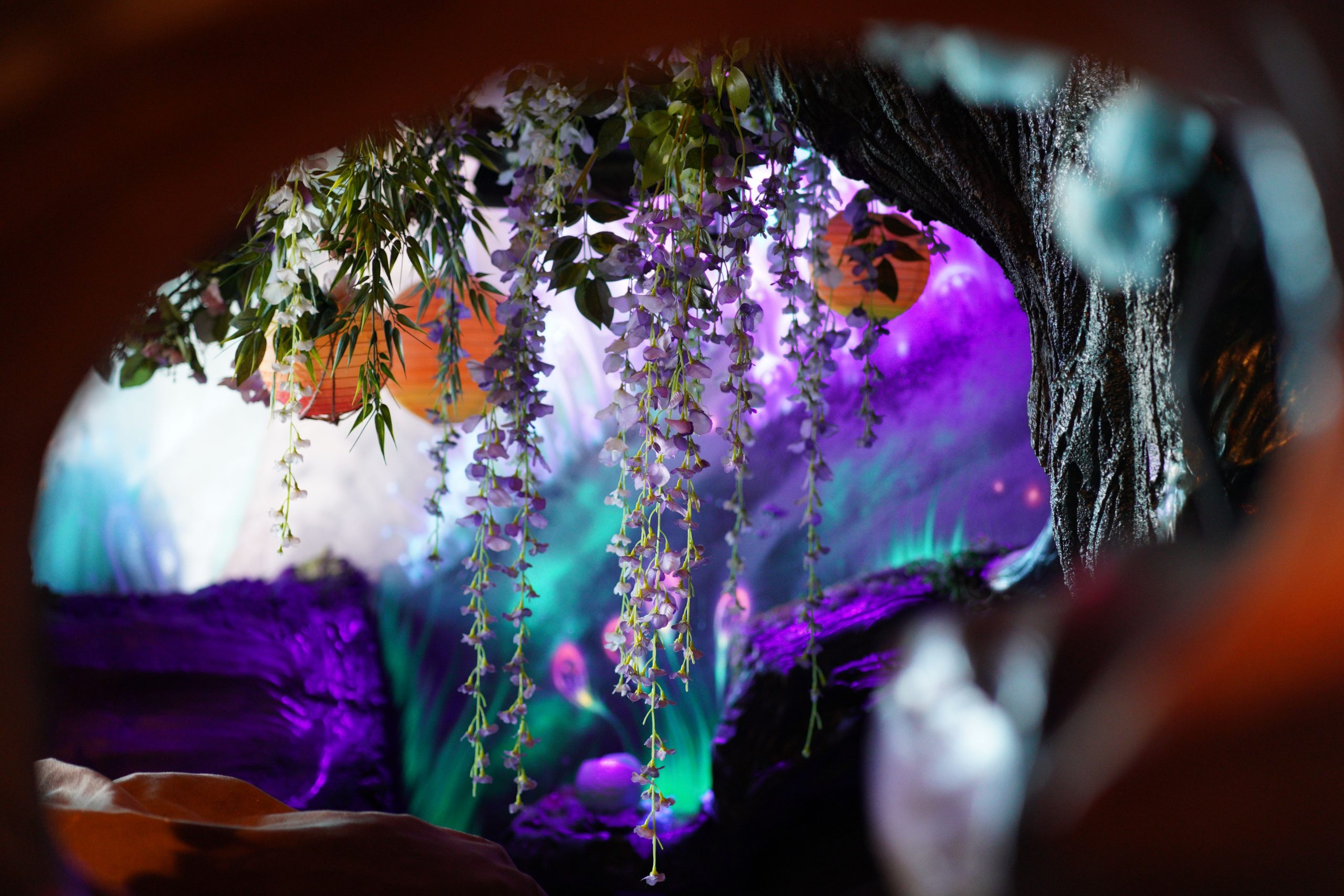 When you walk through the doors at Requiem Coffee, you are stepping into your imagination. Requiem is a coffee shop that celebrates fantasy and different subcultures in our community. The environment is similar to a convention, where you would cosplay and celebrate different games and franchises.

Requiem separates their 2,500 square feet of space into four different sections. There is a fairy forest, a castle fortress, a steampunk coffee bar and a sci-fi gaming area.

Each section grants you a euphoric sense of escapism and acceptance. Whether you are studying, working, meeting with friends or just looking for a place to escape reality, Requiem is the place for you.

The interior and assets inside were designed and executed by a resident artist named Heather Hermann. The art pieces on the wall and some of the furniture items were all made through the imagination of Kris Irons, Hermann and Hermann’s ex-boyfriend.

Irons, the owner of Requiem, described the inspiration behind the four areas within Requiem. Irons drew inspiration from Disneyland — instead of combining the spaces, Irons isolated them.

Requiem emphasizes the importance of acceptance. They are LGBTQ+ owned, operated and staffed. They offer a safe space to be exactly the person you want to be and step away from who you have been or who society is telling you to be.

Irons said, “There is a big overlap between people who seek fantasy and escapism, and people who want to be who they want to be. We are a very welcoming and inviting place. We offer a space for people to seek escapism and acceptance.”

Requiem offers coffee, tea, drinks and food. Be sure to stock up before going on your adventure. They offer magical flavors and blends to give you the dose of pick-me-up powers. Have a taste of fantasy one cup at a time.

The teas contain a magical infusion of organic and otherworldly blends to excite your senses and your palette. There are bold flavors and spellbinding brews to give you that extra boost to tackle your adventure. They are certified organic and blended with care.

Requiem understands the importance of stats. They offer mana, health and stamina potion lemonades to fully restore those bars, which are made fresh daily. Don’t forget to upgrade to the greater potion to give you that extra boost of alcohol to get you to the end.

Their food is simple, but fuels and satisfies the hungriest adventurer and their party. Entrees are made daily using fresh local ingredients and a touch of magic. They also serve one-time offerings or special event items. These can include bento boxes or themed dishes.

One of the most beloved features of Requiem is the communication cones. Whether you are introverted or extroverted, take advantage of these cones by placing them at the end of the table. The cones will do the talking for you! The green cone is a great way to make new friends or talk to new people. The red cone means you would like some peace and time to yourself.

The fairy forest was inspired by the Legend of Zelda and “Lord of the Rings.” This forest contains a majestic tree with beautiful flowers flowing down from its branches. You may sit along the base of the tree on mushrooms to read your favorite fairy tale or meet with friends.

Drawing inspiration from Final Fantasy and “The Dark Crystal,” the castle fortress takes you to a place you thought you would never go. It is equipped with a large castle table and a throne. This area is perfect for a game of Magic: The Gathering or Dungeons and Dragons. The throne is fit for the winner or for the gamemaster.

Immerse yourself into a sci-fi universe by sitting in the sci-fi gaming area. Inspired by “Tron,” Mass Effect and Portal, this section is equipped with TVs to play the latest video game — the options are out of this world in this area.

Order your magical potions or magical morsels at the steampunk coffee bar. This section is inspired by the Bioshock franchise and Final Fantasy 7. The coffee bar offers special limited-time offerings, so it is constantly changing. 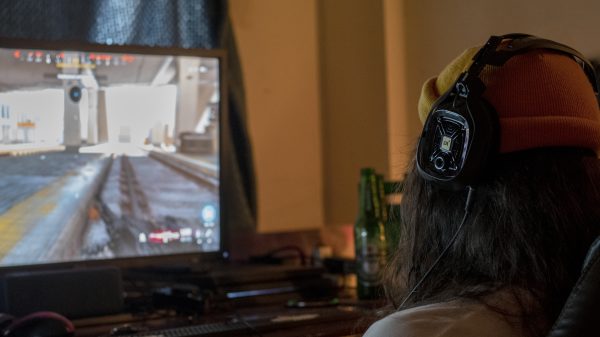 Not All Fun and Games

A first person experience on the toxicity in online multiplayer video games. By Samuel Peña Headshot. The blue screen flashes victory as I let...

Bond Over These Holiday-Friendly Video Games

These cooperative video games are great for parties. They’ll even bring out your inner kid. By Daniel Steele Some of my very best experiences... 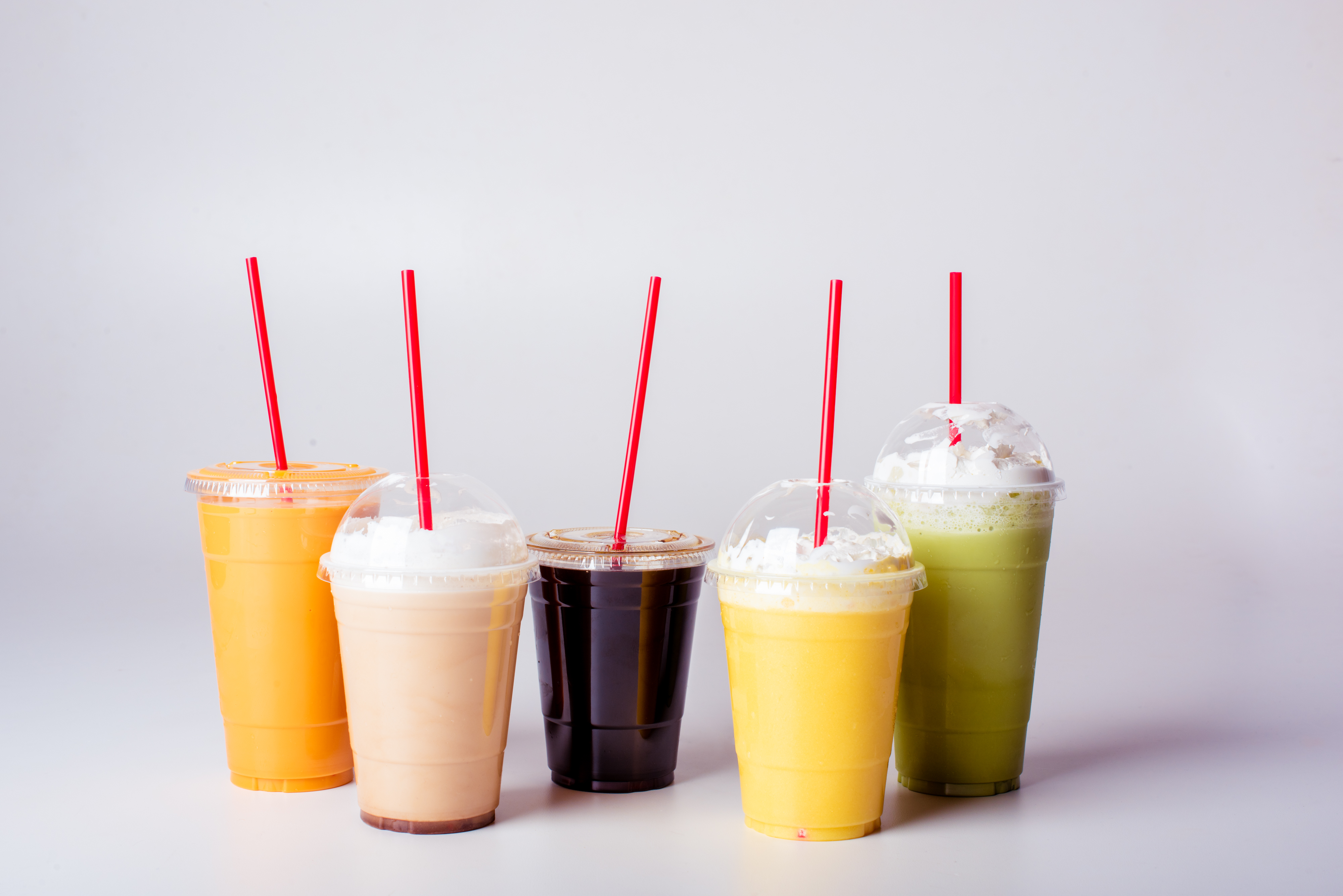 Five Aloha Java Drinks that Will Make You Ditch Starbucks

When students need a pick-me-up between classes or an excuse to chat up that cute barista, Starbucks is often the café of choice. But...