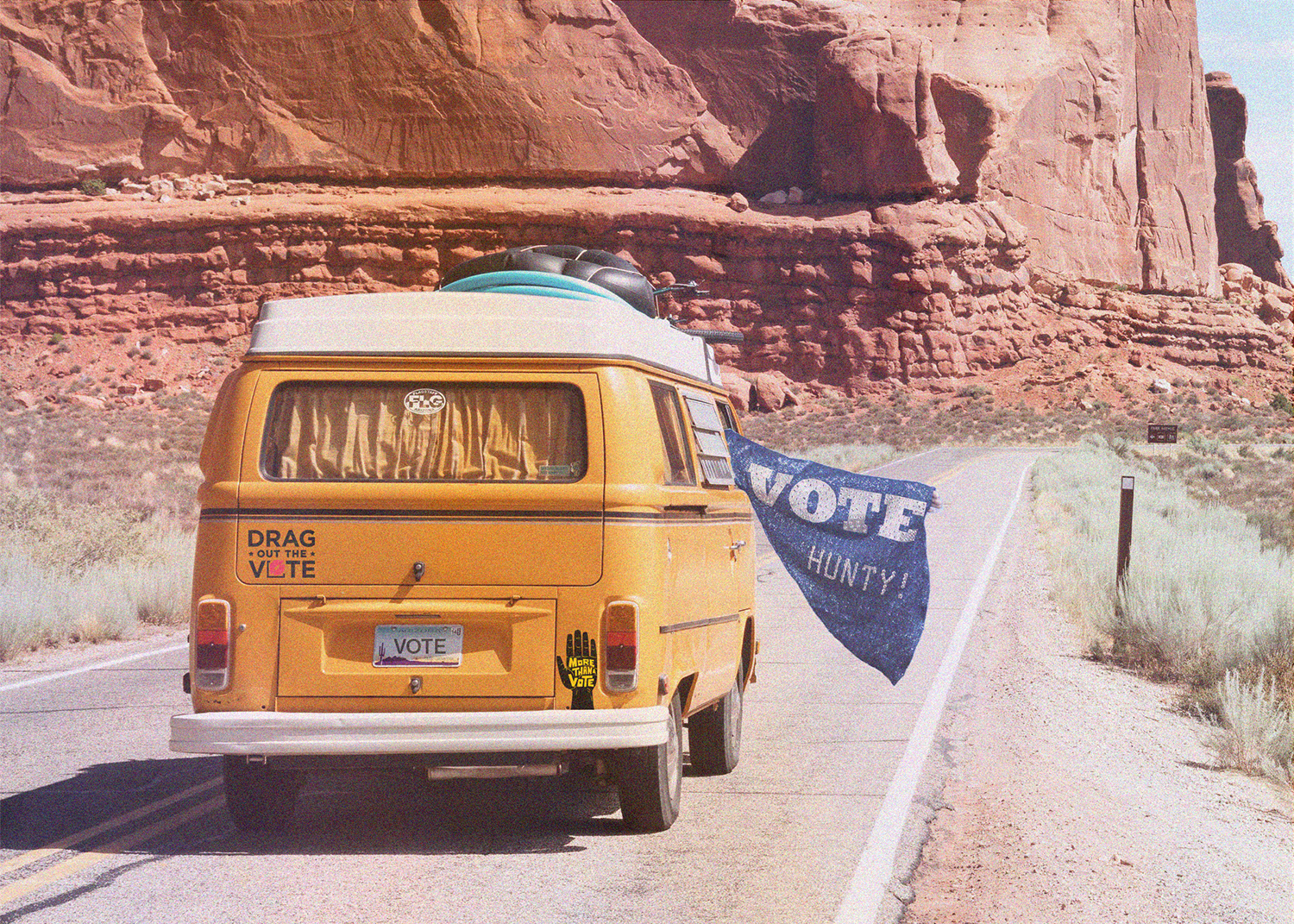 Photo Illustration by Ellinor Rundhovde. Photo courtesy Darin Kamnetz / Drag Out The Vote, Dino Reichmuth, and More Than a Vote

We all know that 2020 has been a shit show so far, and to top it off we have an election to witness in November. You took a big step toward being a responsible voter by watching the first 2020 Presidential Debate.

You wanted to learn more about the candidates’ platforms and maybe take a shot each time Trump said “yuge” or Biden forgot his topic, but now you’re horrified for other reasons (and you should be).

Whether you’re someone with or without the privilege to vote, and wondering how else you can make an impact on the November election besides casting your vote.

Here are a few ways to up the votes and help those communities who need it most:

Over 100 million eligible folks did not vote in 2016, and even more voted only for the president, ignoring important local and federal propositions.

As well as the many Americans who are not able to vote due to immigration status or being currently or formerly incarcerated, it’s important to us at Tusk Magazine that every possible vote is counted and every person is spoken for.

In this article:biden, drag out the vote, drive a vote wagon, elections, featured, lebron james, LGBTQ, more than a vote, politics, trump