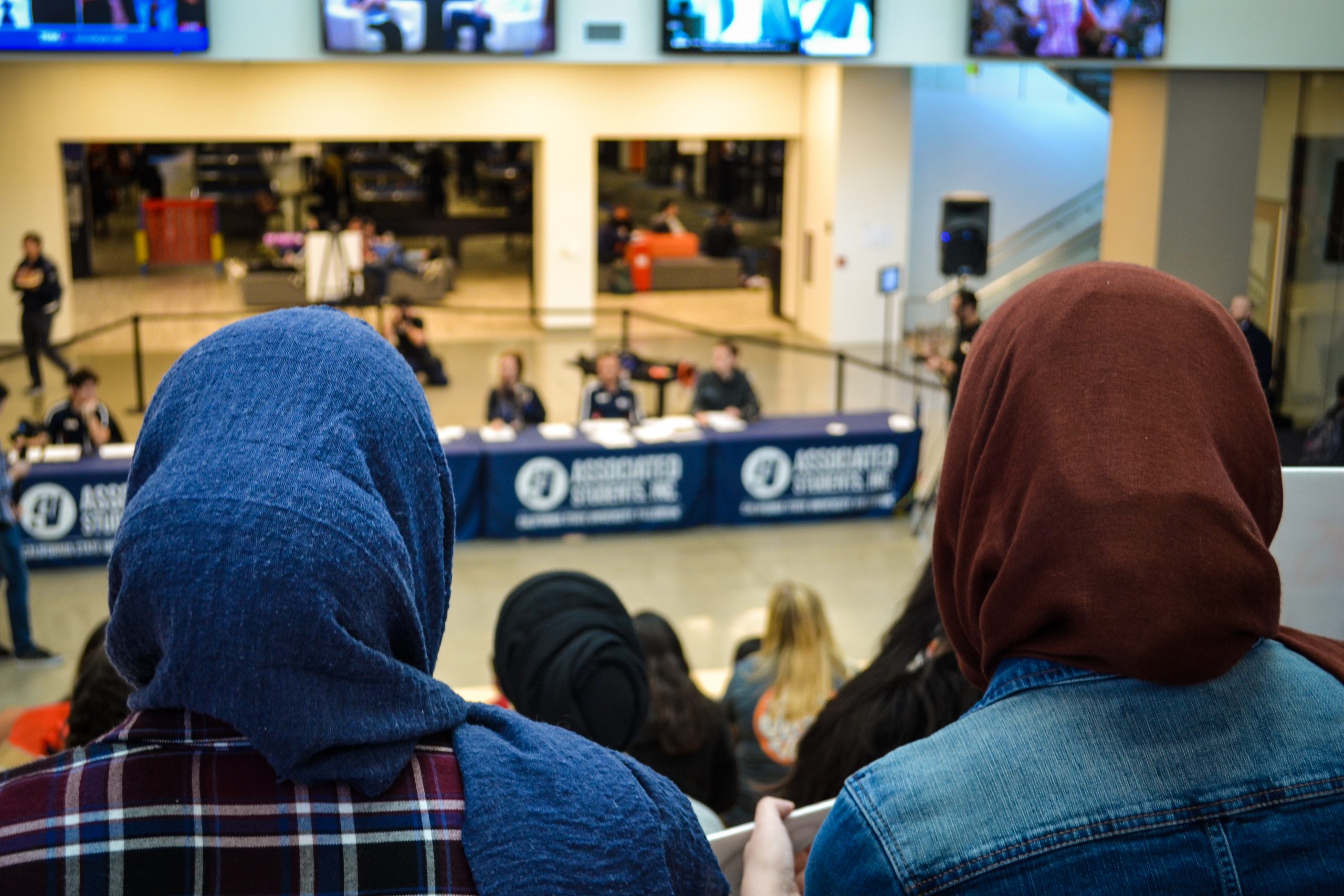 SWANA students mobilize for more recognition and a resource center on campus.

For a school that likes to tout its diversity and inclusion, there has been a blatant exclusion of the Southwest Asian and North African (SWANA) community at Cal State Fullerton.

This exclusion has led student organizations like the Lebanese Social Club (LSC), Students for Justice in Palestine (SJP) and other SWANA based groups to actively call for more recognition of the community and the establishment of a SWANA resource center.

“Although CSUF aims to be a liberal and progressive campus, it lacks in taking real action to support SWANA students,” said Seleena Mukbel, vice president of SJP.

SWANA is a relatively new term used by students in lieu of Middle Eastern, which is a colonial frame of reference to the region in relation to the British empire. SWANA is a more inclusive phrase that encapsulates not only those who identify as Arab, but people from all over that region of the world.

Mukbel said acknowledgment of the community is not enough to address the issue.

“In the same way that other identities receive financial aid, resource centers, visibility, and mental health support for their communities, SWANA students deserve those resources too, and their scarcity at CSUF is very disappointing,” Mukbel said.

Currently, the Asian Pacific American Resource Center (APARC) serves the SWANA community. However, while SWANA students relate to their Asian Pacific Islander Desi American (APIDA) brothers and sisters, the community’s identity is distinctly different and independent of the APIDA identity.

A separate resource center would provide SWANA students a place to meet other students like them to connect and build community. For sophomore Mary Chammas, finding her community was so important that she founded LSC and helped organize SWANA Week with SJP and the Iran Student Association.

The community also calls for their demographic to be acknowledged by the university. The number of SWANA students on campus is uncertain since CSUF does not recognize Southwest Asian and North African as an ethnicity. Instead, they are improperly placed in the same category as Caucasians.

This is problematic because members of the community do not relate nor identify with the white experience, especially here in America where SWANA students are denied the same treatment and privilege as white people.

Outside of CSUF, this is also a national problem, for which organizations like the Arab American Civic Council are pushing for a Middle Eastern and North African category in the national census.

For the SWANA community, being categorized as white is an erasure of their identities, cultures, and histories.

Another example of the blatant exclusion on campus is how President Fram Virjee does not hold a separate president’s reception for the SWANA community.

The lack of recognition on campus was enough for Chammas to consider transferring out of CSUF her first year to attend another university with greater resources for SWANA students.

“It was extremely difficult to find community and deeply disappointing to see the lack of resources we have on campus,” Chammas said. “Seeing all the other schools have SWANA resource centers made me upset that I was stuck at CSUF where none of this exists.”

Still, she remains hopeful that this will change through the efforts of SWANA students who continue to fight for recognition and resources on campus.

“Where there is a will, there’s a way. And you bet that we are going to do something about it,” Chammas said.

SWANA titans held a demonstration at the ASI town hall meeting from 11 am to 12:30 pm on Wednesday, February 12. Students met at 10:45 am in Becker Amphitheater to walk together with the SWANA community. Tusk was there in solidarity with the titan SWANA family. 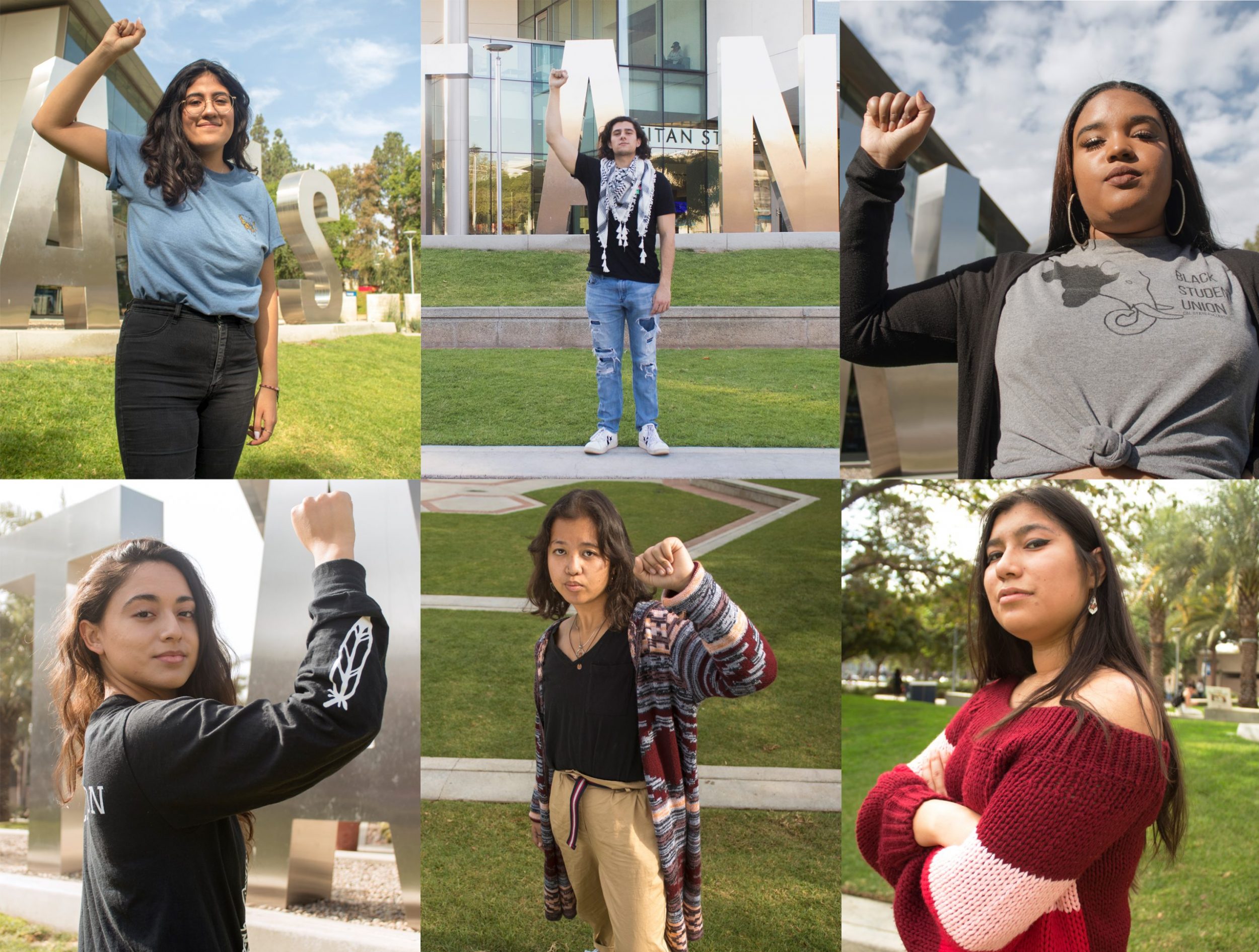 By Janica Torres and Elizabeth Tovar The fight for freedom is forged on many fronts through different community student activist organizations on campus. Tusk...