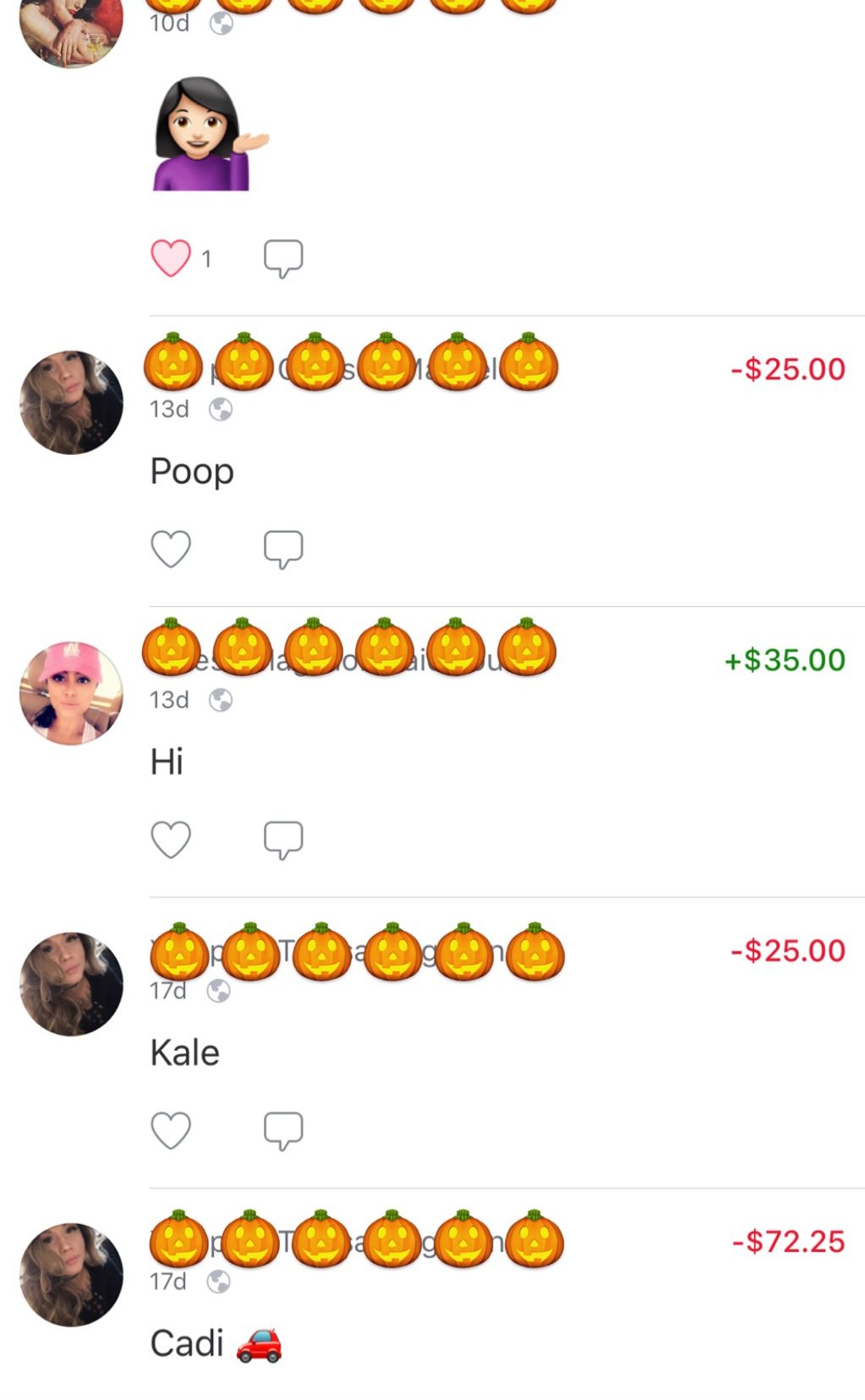 Along with Tinder, Uber, and Yelp, Venmo has made its way into the hall of fame of millennial apps.

We love that Venmo makes things easier when going out with a big group of friends, and allows you to instantly pay your friend back when you forgot your wallet. Like most new celebrities, Venmo has a hushed side that gets kept on the low.

Here are some confessions that just might get you thinking.

Steven and his f*ck-buddy like to recap their sexual episodes through Venmo for fun. A $1 here for the eggplant+bomb emoji, and $2 there for “lasting 4 rounds”.

One morning after seeing each other the night before, she requested him $2.50 with a baby bottle emoji. Steven recalls that he might have used too much teeth, which resulted in her nipple bleeding that night. She forgave him after he completed the request.

When Jackie was a frequent Tinder user, she’d wait for the flood of dms from thirsty men waiting for a date from her. She used her charm to catch their attention and proceeded to say, “if you really wanna go on a date with me, you’d send me $5 on Venmo.”

Once the “cha-ching” notification went off, she wouldn’t talk to the guy again. Sis got her coins.

Daniel feels bad for his best friend. (Let’s call him Bob.) While in a relationship, Bob was out here taking other girls out for drinks and Taco Tuesday. Little did Bob know- his girlfriend was watching the exchange of Venmo transactions with the girls the whole time.

This resulted in Bob’s car being keyed and an array of other explosive reactions. The best part about it: Bob and his girlfriend are still together.