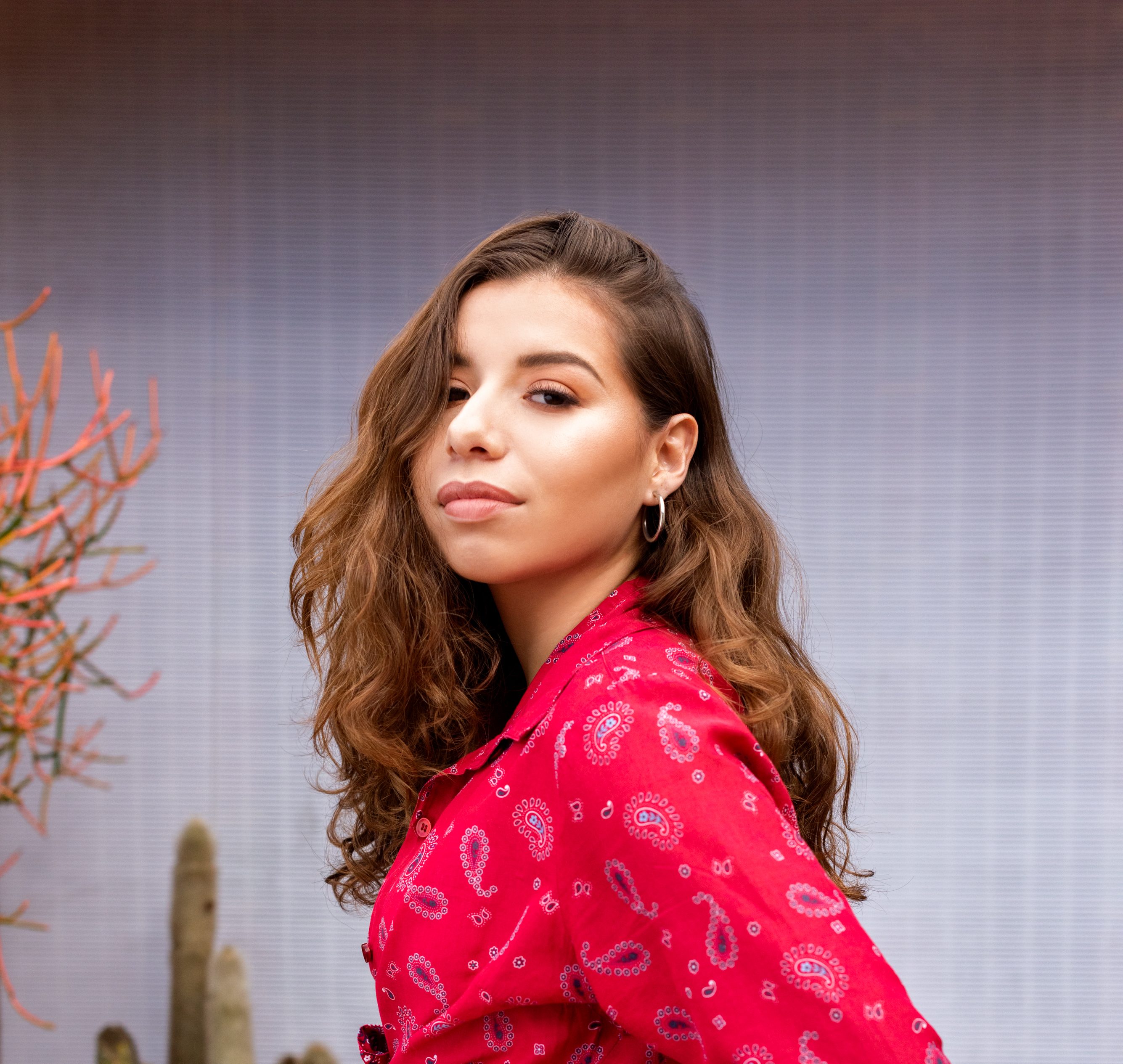 I immigrated to the U.S. from Mexico when I was 12 years old. It still amazes me that I have grown up in, walked, talked, and lived in a different country for those important formative years. I remember nights, when he was done cleaning the grill after a carne asada, my dad would ask me where I was from. He knew, but looking back, I think he meant: where do I think I’m from.

Since I can remember, my dad talked about moving our family to the United States, which always seemed so far away. However in 2011, after my second sister was born, we made the trip. My family and I traveled from Jalisco, Mexico and entered through El Paso, Texas, then onto Anaheim, California on a Greyhound bus.

Moving to the U.S. was a dream come true, and my friends were in awe!  This was the best thing that could ever happen to me.

My knowledge about this new country was limited. The only English word I knew was, “hello.” The only things I knew about the U.S. was that we needed to move here to better our lives. Still, I was ready for the adventure.

Walking into the classroom of my first American school, everything looked and smelled different (there was air conditioning!) I had to enroll in a class for English learners every day for two periods. There were kids from all over the world including Iran, Afghanistan, El Salvador, Guatemala, and Mexico.

While it should’ve been scary, that was the best time of my life. My classmates and I were all the same, we were all learning and striving to make our parents’ dreams come true. Junior high was a safe transition into the U.S.

Then, like most life journeys, this experience took a turn. In high school, my accent started to peek through as I began to speak English more fluently.  It was horrible. When I would talk, people would tell me, “I love your accent!” Although that should’ve brought me comfort, it just made me despise it more.

What they didn’t understand was how it felt to repeat myself over and over because no one could understand what I was saying. Nor did they know what it was like when people made fun of the way I pronounced words or reacted to things differently because I didn’t fully understand the cultural context of what was said.

I started to reject my heritage. If I wasn’t Mexican, I wouldn’t have an accent, I wouldn’t have to repeat myself. I yearned to fit into American culture and conform to some ideal. I wanted blue eyes, blonde hair, and my last name to be Smith.

To people in Mexico, America is a dream where you can become someone your home country couldn’t permit you to be. In Mexico, you want to be American: you want to have blue eyes, blonde hair, and your last name to be Smith. Things are easier that way.

This culture confusion of wanting to be white is not unusual in Mexico. Women dye their hair blonde, and people start adopting customs that are not part of Mexican culture. Growing up I learned that white was beautiful, and brown or black was not.

I began to love the fact that I was a “white Mexican,” a term used for people who have lighter skin than your native, indigenous Mexican. I’d get compliments for it, sometimes mistaken for being white, or Spaniard (talk about colonization). I loved that they were no longer focusing on my accent, or on my Mexicaness.

Then, I learned about Cesar Chavez, Dolores Huerta, and Dr. Martin Luther King Jr. I learned about slavery, the Bracero Program, Jim Crow, the Zoot Suit Riots, and the years of struggle brown and black folks had suffered at the hands of the people I wanted so badly to be and look like.

I realized that who I was molding myself into was conditioned through the views of people who saw my Mexicaness as something to be ashamed of, as something not beautiful and not important at all. I was living with this beautiful part of me, but I wasn’t embracing it.

That was my wake up call. I was so angry at myself. I had let myself believe that being different was wrong. But, being a person of color is the best thing that could have ever happened to me. It was hard facing the truth and realizing the mistake I had made for those years.

Today, I embrace my Mexicaness. I embrace the bold colors, the culture, the heritage. I fight for my people and for those still suffering at the hands of xenophobia. For little brown kids who have yet to realize that who they are is beautiful. And for representation—because it does matter.

In this article:Where are you from?