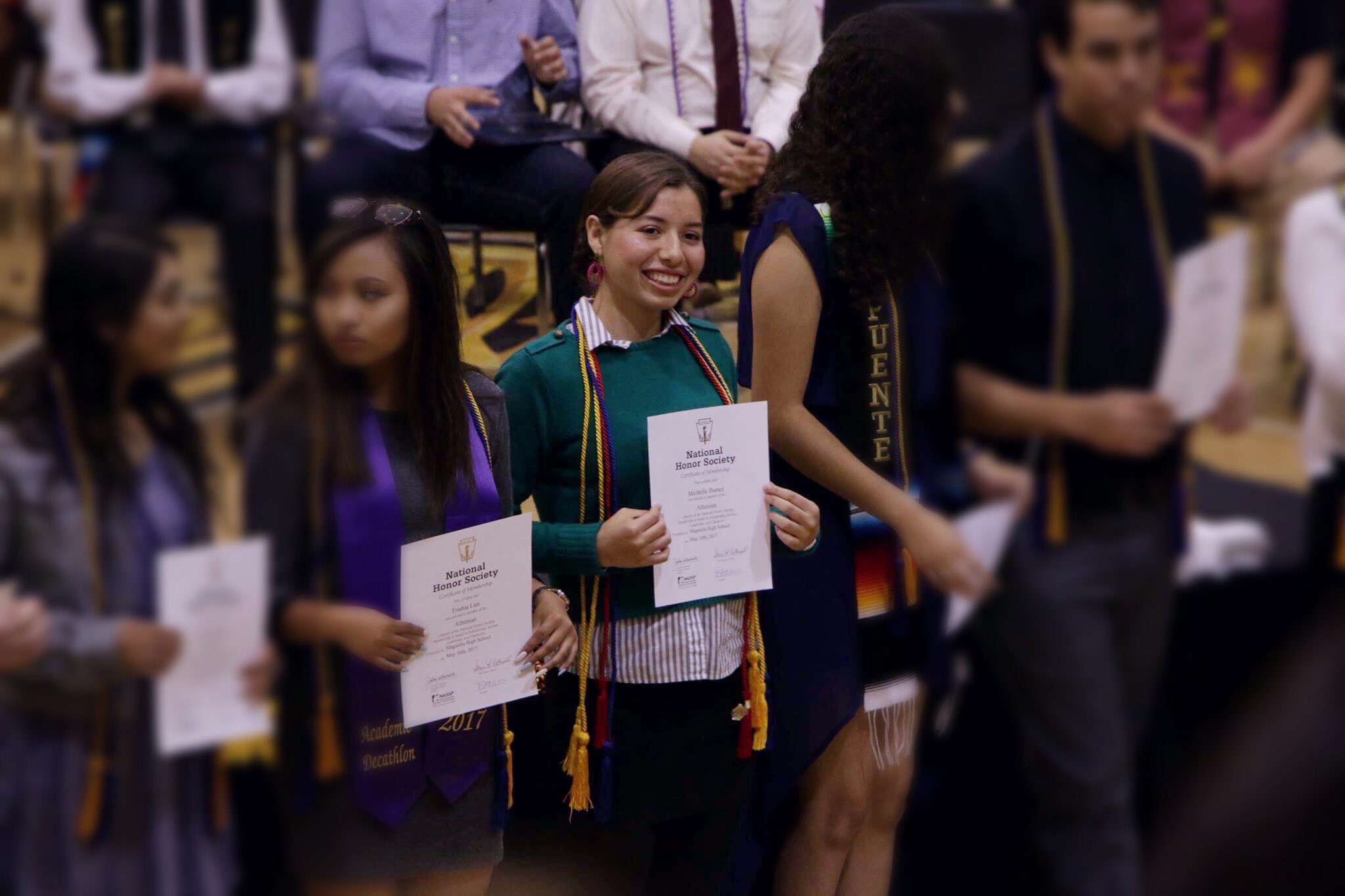 The scariest part about college is probably before college. Attending sounds amazing, but it also sounds hard, long, and scary. I’m a first-generation student, and while I had my parents’ support, I did not have knowledge about what college really was. I wasn’t sure I wanted to go at all.

Secondary education (AKA high school) is designed to prepare students to enter higher education (AKA college), but it’s also the place where teens are most vulnerable to fall behind in their studies due to pressure from their peers, parents, and even from themselves.

Luckily in 2008, CSUF introduced Gaining Early Awareness and Readiness for Undergraduate Programs, GEAR UP, a program geared to help underrepresented, low income and first-generation high school students, with the sole goal of supporting them with their journey to college. 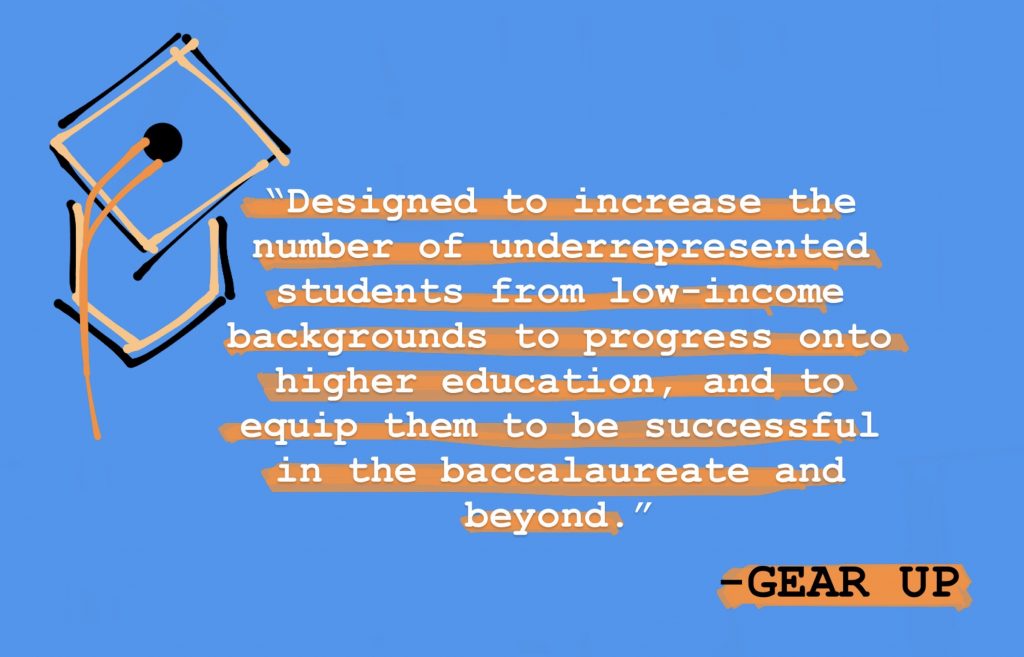 GEAR UP is funded by three six-year grants in Southern California. GEAR UP partners with local school districts, colleges and universities, school faculty and administrators. Basically, they engage high-risk students in junior high and high school and encourage them to go to college.

Help ranges from financial aid and assistance with college applications, to tours, speaking with college faculty, clubs and programs.

Felix Lomeli, a GEAR UP alumni and former student at Fullerton College shares how GEAR UP encouraged her to keep focusing on school.

“I really liked how comfortable they made you feel,” Lomeli says. “Thinking of college was already stressful enough, but knowing that someone was there to help along the way really encouraged me and pushed me to go to college.”

Lomeli is the oldest of two children, and just like many other GEAR UP participants, she’s a first-generation student.

One of the things that helped Lomeli on her decision to continue with school was the almost week long, overnight trip where GEAR UP took students to some of the biggest universities in California like UC Berkeley, UC Santa Cruz, and even Cal State Fullerton.

“Thinking of college was already stressful enough, but knowing that someone was there to help along the way really encouraged me and pushed me to go to college.” – Felix Lomeli, GEAR UP alumni

“It really made me excited about going to college and living like an actual college student,” Lomeli says.

Lomeli’s apprehension toward college went deeper than the mere fear of not knowing what it is.

“Thinking about expenses scared me. I didn’t want to put my mom through that type of struggle,” she says.

Nevertheless, GEAR UP allowed Lomeli to see that there were possibilities when it came to attending college, meaning financial aid, grants, loans and scholarships that before GEAR UP, she did not know about.

Along with Lomeli, Stephanie Sanchez, another GEAR UP alumni and now a second-year at Cal State Dominguez Hills, agrees that she couldn’t have done it without the program.

“It was a huge part of my high school experience. They helped so many kids with anything,” Sanchez says. “They really helped with even filling out my college application and FASFA.”

“With all the help and effort of, really, throwing college at my face, I wanted to succeed, to do better and go to college,” says Sanchez.

“The best thing that GEAR UP does for students and families is not only the opportunities it provides with college and career exploration, but it helps students to get to know themselves as individuals” – Genesis Perez, GEAR UP tutor

“The best thing that GEAR UP does for students and families is not only the opportunities it provides with college and career exploration, but it helps students to get to know themselves as individuals,” says Genesis Perez, a former GEAR UP tutor and Cal State Fullerton student.

Perez was with the 2017 GEAR UP class for three years, before moving forward with Educational Talent Search (ETS), another program within CSUF.

Perez shares that the connections she was able to build with students was a plus of working for the program. “I liked the interaction with the students, getting to know them as individuals, their families, their stories.”

Perez believes that everyone needs to be as open minded as possible when it comes to working with the students.

“Each student is different, we have to be flexible and adaptable to their needs and learn with them in the process,” Perez says.