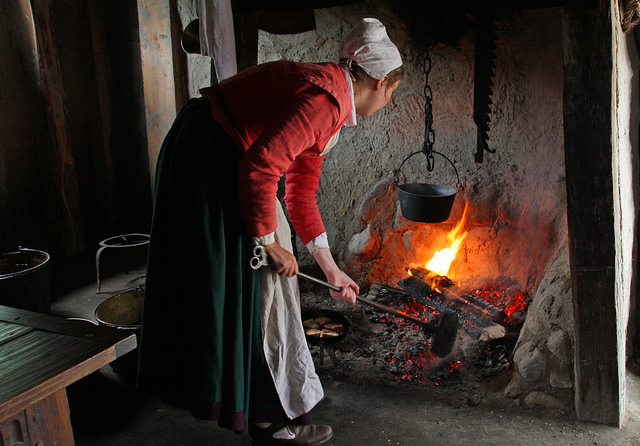 Thanksgiving is not the Utopian feast they teach you about in U.S. schools

As I lay my hand down on a brown piece of construction paper I contemplated how I was going to execute a perfect trace job.

The hand-turkey is a staple arts and crafts activity for the grade school classroom, and my third grade class was no different. I remember the teacher instructing us step by step on how to complete the project. As she did so, she explained the significance of the turkey.

The Pilgrims, she explained, shared the turkey with the Indians when they arrived in the 1600s. They took part in this great feast and gave thanks for all the good fortune they had received during harvest time.

I believed this narrative for years.

I believed Christopher Columbus came to the New World, settled with the “Indians” and that they lived in harmony. I believed Thanksgiving was a holiday that celebrated the coexistence of the Native Americans and the Pilgrims.

Little did I know that the true tale was about genocide.

As a senior in high school, I became more curious about the world around me, and the world I would be stepping into when I left the safety of my required schooling. I started reading more, keeping up with current events and listening to podcasts.

One podcast I listened to during that time was making fun of the American school system, saying that what kids were being taught in school was inaccurate. I was stunned.

I had taken so much pride in doing well in my history classes that I didn’t even want to think that it may have all been set up, to make American history sound better — to censor American history.

In truth, the national Thanksgiving holiday was implemented by President Abraham Lincoln after the Civil War. The ‘first’ Thanksgiving was in 1621 when the Plymouth colonists and the Wampanoag people had a fall feast of waterfowl, corn, and an assortment of squashes.

The book Lies my Teacher Told Me points out that many of the traditional narratives describe this first Thanksgiving feast as something the Indians had never seen before, when in reality most of the foods at the feast were native to the Americas. Meaning, it was the Pilgrims that had never seen anything like it before.

There is a consistent pattern throughout all of the stories shared about in schools about the history of Thanksgiving. Anything that makes the original European settlers look bad has been conveniently overlooked.

The Pilgrims intentionally and inadvertently committed genocide, but that is somehow forgotten.

The Native Americans helped the Pilgrims, and the Pilgrims in turn killed the Indians. Settler colonists across the young western world would kill off entire villages and celebrate it with a feast.

To add salt to the wound, the Pilgrims spread diseases to the Indians, killing more than 90 percent of the inhabitants of New England with things like the plague, smallpox or the measles. These were diseases that people who lived in the Americans had no immunity to.

Thanksgiving is celebrated as a great American tradition and marks the beginning of the holiday season — a time of year where people share their thanks and give back to others. But the way we practice celebrating Thanksgiving marginalizes Native Americans.

School children put feathers in their hair at theatrical performances, inaccurately demonstrating how Native Americans would have worn them. We picture Pilgrims in their best clothes and imagine Native Americans practically naked.

History books portray it as if the Native Americans were guests to a grand feast, when they took more part in preparing it than the Pilgrims did.

This holiday is demeaning and belittling in the way that it is thought to American school kids and how it is shown in popular culture. It is okay to use Thanksgiving as a platform for family time or a time to show appreciation for good fortune, but not as long as we continue to forget the price Native Americans paid for us to be naive.