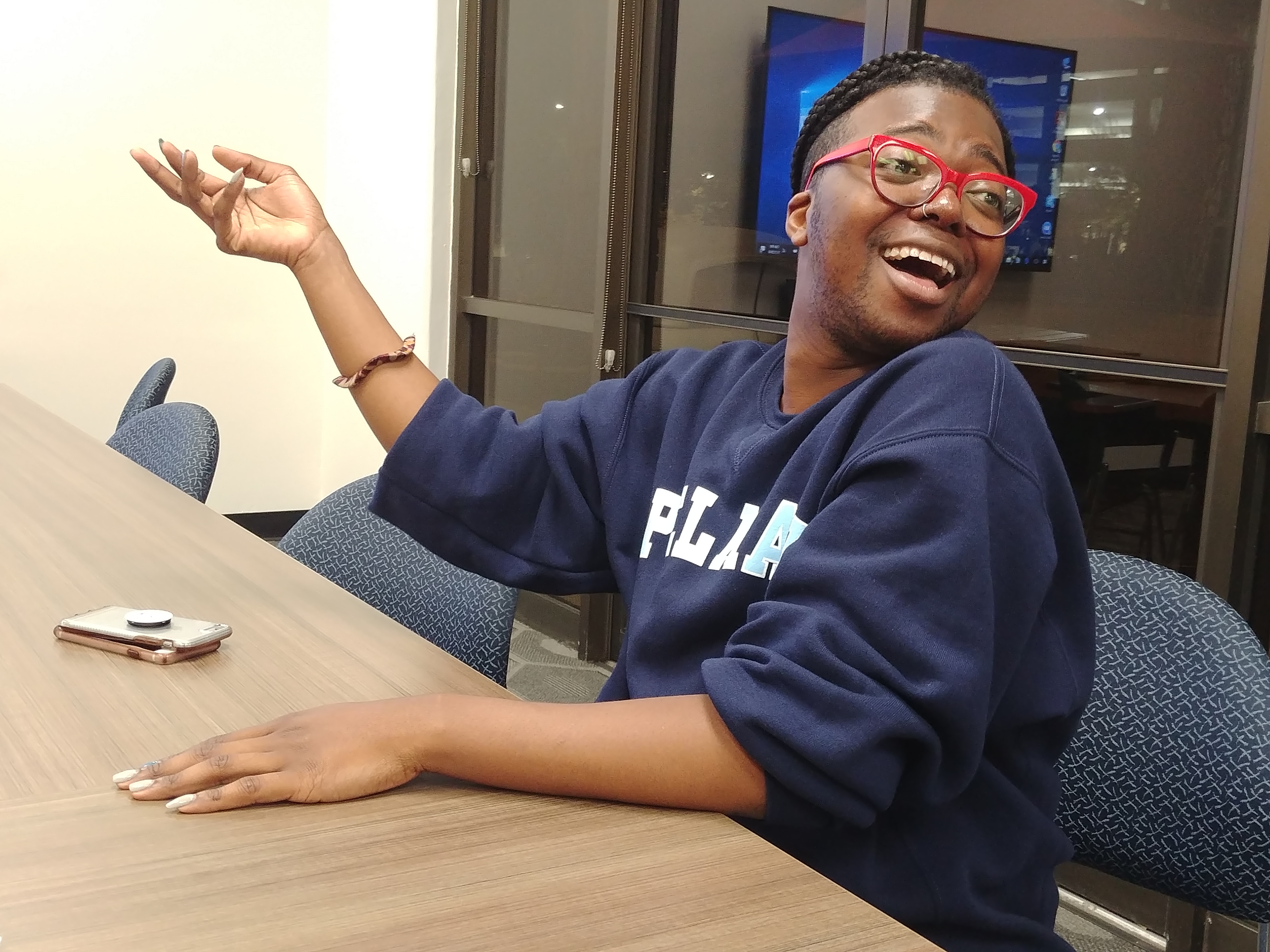 Tre’vell Anderson struts into every space like they deserve to be there.

Anderson channeled that bad bitch posture when they spoke at a meeting last Wednesday for the CSUF chapter of the Society of Professional Journalists. They argued that LGBTQ people belong in everyday news stories and discussed ways in which journalists can write about the LGBTQ community responsibly.

“We see that there’s been a lot more visibility of LGBTQ folks over the last few years,” said Anderson. “With the elections last night, it’s been a historic year for LGBTQ people getting involved in politics. So, there is even more ways in which LGBTQ identity can show up in your stories. As a reporter, you need to be able to communicate and talk about these communities.” 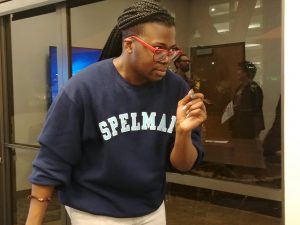 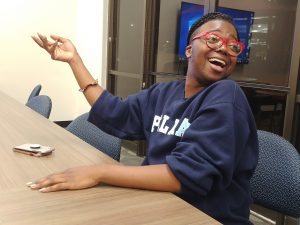 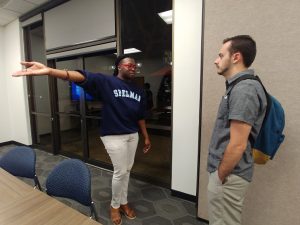 Formerly a journalist for the Los Angeles Times covering diversity in Hollywood with a focus on black and queer film, Anderson noted that the goal when writing about the LGBTQ community is clarity for the reader. In order to do so, Anderson’s lecture covered the basics of LGBTQ reporting, starting with distinguishing between sex and gender.

“Sex is what they say you were born as and gender is what you go to sleep as,” said Anderson. “Sex is the designation a doctor gives you based on their interpretation of your genitalia, and then gender is that presentation: how the world sees you, how you’re socialized.”

Now the director of culture and entertainment at Out magazine, Anderson’s aesthetic presentation exhibits their gender non-conforming identity, which they utilized to explain the different identities LGBTQ people can carry with them all at once.

“Looking at the differences between gender identity, gender expression, biological sex and sexual orientation, each of the separate parts of your identity are on different spectrums that are all operating at the same time,” said Anderson.

“Sex is what they say you were born as and gender is what you go to sleep as,” said Anderson. “Sex is the designation a doctor gives you based on their interpretation of your genitalia, and then gender is that presentation: how the world sees you, how you’re socialized.”

Anderson also advised on which terminology to use and which to avoid, informing students that the term transsexual is seen as a pejorative because it focuses on a trans person’s body rather than their humanity, and to shy away from using the term homosexual unless writing a medical story because its connotation is dehumanizing. Furthermore, they emphasized using the pronouns that a person would use to describe them self.

SPJ president and communications major, Harrison Faigen, felt the need to provide student journalists an opportunity to learn how to use appropriate language when covering the LGBTQ community.

“I felt like it would be important for Cal State Fullerton students to learn so that they aren’t going into the field using terms that not only potentially harm their career, but can potentially harm someone else,” said Faigen.

Vice president, Kristina Garcia, reached out to Anderson about speaking to the club for free, which Anderson obliged because they felt compelled to show young journalists that they can go into spaces as their most authentic selves.

“I love coming to college campuses and sharing my story,” said Anderson. “And I know that my personhood in and of itself has the potential to tell some other little person of color or LGBTQ person that they are worthy and they can show up at a place like the L.A. Times however they look, however they show up in the world.”

“It’s okay to live your life and express yourself the way you want because you deserve to be here,” Anderson said.

“It’s okay to live your life and express yourself the way you want because you deserve to be here,” Anderson said.