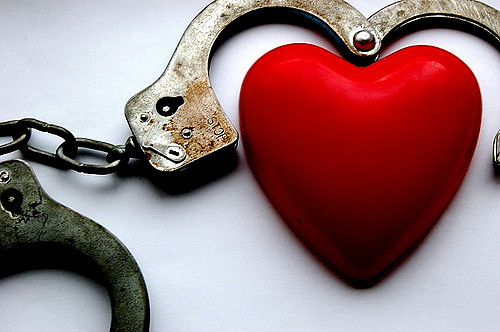 Love is in the air but we are nowhere near Valentine’s Day. It’s cuffing season!

It is time to find yourself a significant other for the next few months to buy you nice things and constantly tell you how good you look.

According to Urban Dictionary, “During the Fall and Winter months people who would normally rather be single or promiscuous find themselves along with the rest of the world desiring to be cuffed or tied down by a serious relationship.”

Like many holiday sales, cuffing season is for a limited time only, so put yourselves out there to find your temporary lover.

It is a time of year when young adults are on the lookout to find a temporary significant other to bring home for holiday dinners or a human replacement for your worn-out cuddle pillow.

“I feel like cuffing season should be year-round,” says Bethany Whittaker a second-year communications major at CSUF.

Sounds fun right? It is. Except getting cuffed is a lot of work.

“You gotta be cute all the time.” explains Naomi Belgrave, a third-year biology major.

Beyond baking your makeup and getting your nails filled, what can you do to to help snag a FWB?

“Maybe plan something that looks like it’s going to be a group thing, then make sure no one shows up so it’s just the two of you so that you are both forced to talk to each other,” Belgrave says.

The golden rule of cuffing season is to keep things casual.

“During cuffing season, a lot of dudes feel like they want to meet new people, but they don’t want it to be too serious at first,” laughs CSUF business major alumni, Henry Igboke. “So, what I am trying to say is, don’t be clingy!”

However, while you are out trying to find someone new do not forget to be yourself.

“After the honeymoon phase is gone you’ll be stuck in a relationship that you don’t like,” says Ekemini Sam, a third-year business major. “But, if you’re looking to just to hook up, don’t be afraid to give it up!”

Always practice safer sex and don’t be afraid to be honest with your cuffing partner. Cut it off if things aren’t feeling right!

After all, cuffing season only lasts as long as rainy season in SoCal.