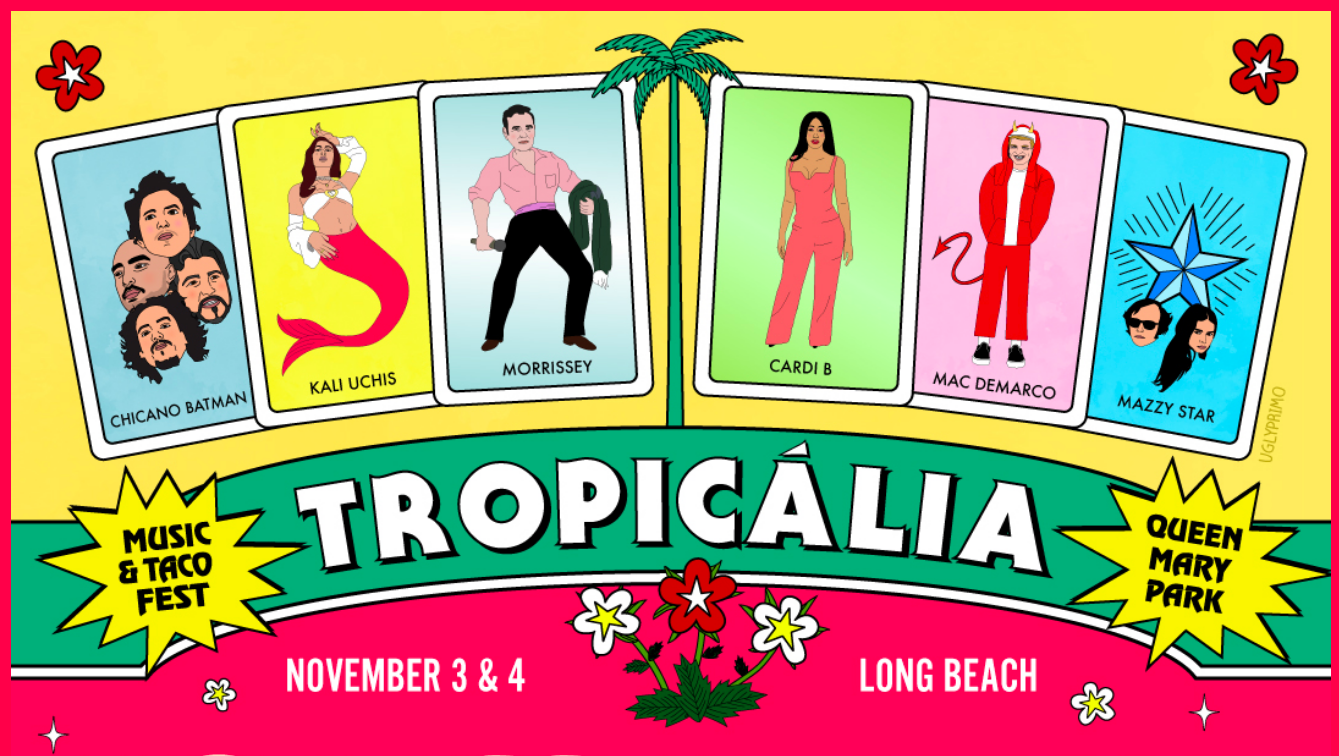 Courtesy of The Observatory OC webpage

For all you music heads out there, here’s a list of the upcoming concerts and music festivals in Southern California that you don’t want to miss.

Check out The Observatory OC’s website for tickets and more info.

Too broke for Coachella? No worries. There are plenty of other SoCal festivals out here for you to enjoy for half the price. Brought to you by the Observatory, Tropicalia Music & Taco Festival is the perfect place to enjoy both live music and stuff your face with delicious Mexican food.

“I’ve heard a lot about this festival and I’ve been wanting to go to it for the longest time,” said Vanessa Balingit, a senior in health science at Cal State Fullerton. “I love how there’s a mix within genres with the performers they have there.”

Do we need to mention the big names headlining the festival?

Catch top female rapper Cardi B and famous indie artist Mac Demarco on stage performing at Queen Mary Park in Long Beach on November 3rd and 4th. Tickets to Tropicalia Fest are available on the Observatory’s website. Hurry and grab yours before this weekend!

You may remember this rapper from his 2017 hit single “Caroline,” which made the Billboard Hot 100 chart for 28 weeks straight. Well, Aminé just released his second album ONEPOINTFIVE in August and it did not disappoint.

Unlike Aminé’s first album Good for You, this new project welcomes a different sound; one that is dark and touches on some very serious topics. However, he still manages to keep the same light-hearted and fun energy as he did in Good for You in certain songs like “REEL IT IN.”

ONEPOINTFIVE peaked at #23 on the top charts since September and now that the album is finally out,  Aminé is ready to start touring.

Aminé will be stopping by the Observatory’s venue in Santa Ana on December 12th. Don’t miss your chance to see this rising rapper live.

In the mood to listen to something slow and soothing? Then make sure to buy tickets to see this mysterious R&B queen who goes by the stage name H.E.R.

At just 21 years old, she has dominated the music charts since the release of her first EP in 2016. In August, she dropped her latest EP, I Used to Know Her: The Prelude, giving us a little sneak peak of her upcoming debut album.

But what’s even more interesting about H.E.R. is that no one really knows who she is.

“I like that she keeps her identity anonymous because it forces listeners to really focus on her craft – the music and the lyrics, not her appearance or who and what she is associated with,” said CSUF alum Julia Santana. “I like the way she is able to sing vulnerable and authentic songs over soulful R&B tracks.”

H.E.R. will be performing at the Observatory in Santa Ana on December 18th.