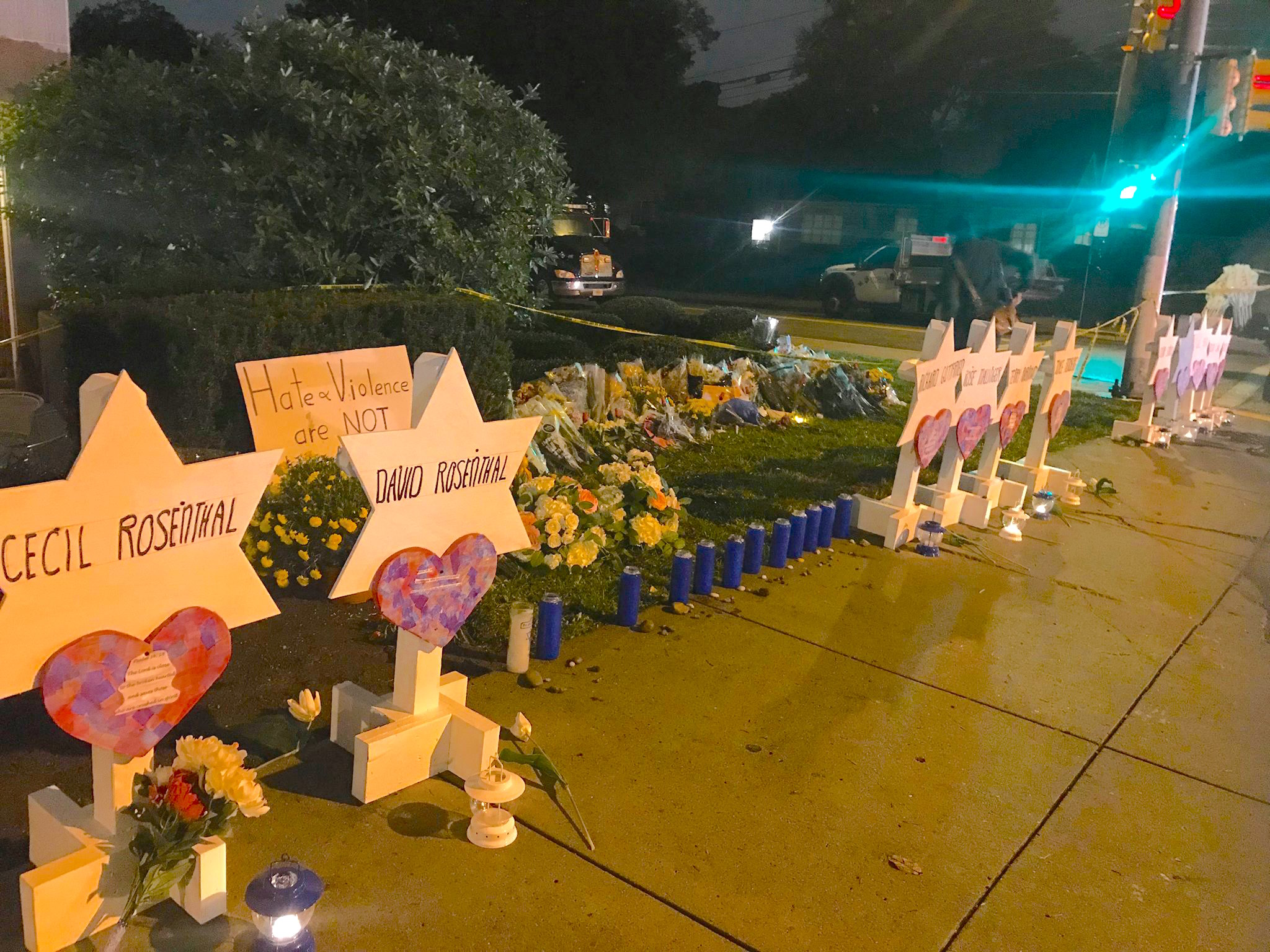 A vigil for victims of the Pittsburgh shooting. Photo by Lisa Cook.

I am a Jewish student at CSUF. I am shaken by the shooting in Pittsburgh.

These attacks must be condemned socially and through tolerance-supporting policies. As a nation and at CSUF we must work together to spread love, kindness and tolerance.

On Saturday I sat in my kitchen sobbing listening to the news: 11 Jews killed in a Pittsburgh synagogue shooting.

On Sunday my heart was saddened, angered, but full of pride to be Jewish. My friend Alex Lustig, a fellow Jew on campus and a senior communications major, said he felt sick to his stomach when he heard the news.

Members of my community had their lives ended for practicing their faith, a federally protected right. One 97-year-old victim, Rose Mallinger, was our age during WWII. She was brutally murdered in the United States.

The shooter, a white male, shouted “all Jews must die,” at the Tree of Life synagogue yesterday morning.

He attacked congregants during a happy and symbolic moment, a baby naming ceremony. Thankfully, no children were killed.

Before opening fire, he posted several anti-Semitic and hate sentiments online, according to NBC News.

A Rise in Anti-Semitism

According to the Anti-Defamation League, this shooting is the largest hate crime against the Jewish community in American history. It represents a rise in anti-Semitism and hate crimes carried out through violence.

The Pittsburgh Jewish Chronicle reported over 50 cases of anti-Semitic incidents this year alone.

In April, a man in Irvine was charged with hate crimes for a “kill list” against prominent Jewish community members, according to Los Angeles Times.

Jews and non-Jews must care about this shooting, because it represents how hate crimes target minority communities, intending to cause fear.

The hate crimes against Jews represent a larger problem of the rise of violent hate crimes in America. In 2016, The Federal Bureau of Investigation collected data that showed a 10 percent increase in hate crimes since 2014.

In 2016, the FBI reported a 19 percent spike in anti-Islamic hate crimes.

An eight percent increase in hate crimes against blacks or African-Americans in 2016 was also reported. This week, a grandfather and his grandson, both African-American were killed in a grocery store, according to CNN.

The LGBTQ community has also been hit hard. In 2016, during Pride week, 49 people were killed at Pulse Nightclub, Orlando Sentinel reported.

These attacks must be condemned socially and through tolerance-supporting policies. As a nation and at CSUF we must work together to spread love, kindness and tolerance.

I urge you to interact with the Jewish community. CSUF has an active Hillel group that hosts Shabbat dinners, and students can even earn a Jewish Studies minor.

If you are able, please help to donate to the Pittsburgh synagogue.