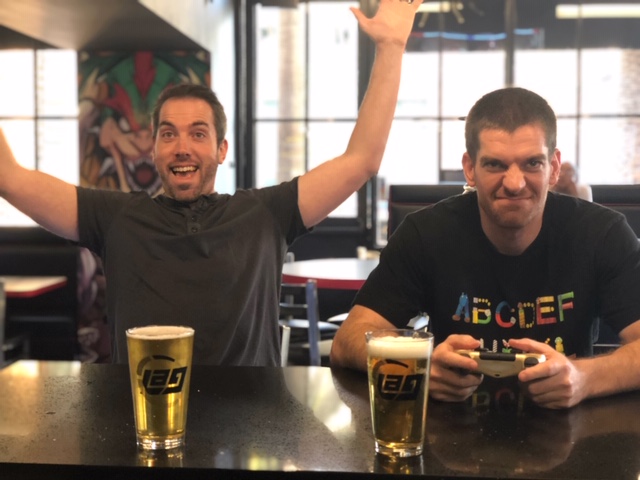 A unique business trend is on the rise. Live-stream video games at bars while you socialize.

There are multiple flat screen TVs on Libations and Gaming’s walls. Even the menu looks like the start of a video game. Eat, drink, and play.

Come to Libations and Gaming as a beginner or expert gamer. If you just want to watch, everyone’s engaged and having a great time. It’s a place to be a kid again.

Gaming is a multibillion-dollar industry. It not only caught the eyes of Jeff Bezos, who invested almost a billion dollars in this industry. But it also caught the interest of two 35-year-old gamers, John Norton and John Hellmers.

Norton and Hellmers wanted to do something different, something that hadn’t been done before. They wanted a place for people to go out to play video games while drinking and dining. Exactly like how people now go to Buffalo Wild Wings to watch sport games.

“I’m not here for the money. I’m a guy that wears Target clothes. I know nine out of 10 bars fail. I just want to make enough so I can play video games,” said Norton

Norton and Hellmers partnered up and on May 15, 2018, they opened Libations And Gaming in Anaheim. The bar’s name is self-descriptive.

Libations and Gaming is different from barcades. Barcades are bars that serve alcoholic beverages and these establishments have old arcade games where people pay to play with the company they brought. Kind of like Dave & Buster’s.

LAG encourages everyone in the bar to socialize with each other through video games that are free to play. It’s a concept that is increasingly becoming very popular.

Norton and Hellmers wanted a cool place where everyone in the bar can interact with each other while playing video games. They strategically chose group engagement games from “Call of Duty” to “Mario Kart,” placing multiple flat screens on the walls. People can either play or be a spectator and interact with the players.

“I’m very social. I love my beers and games. I think it’s pretty badass that I can go to a bar and be with my kind of people in person, instead of meeting people through my headset,” said Schelske. 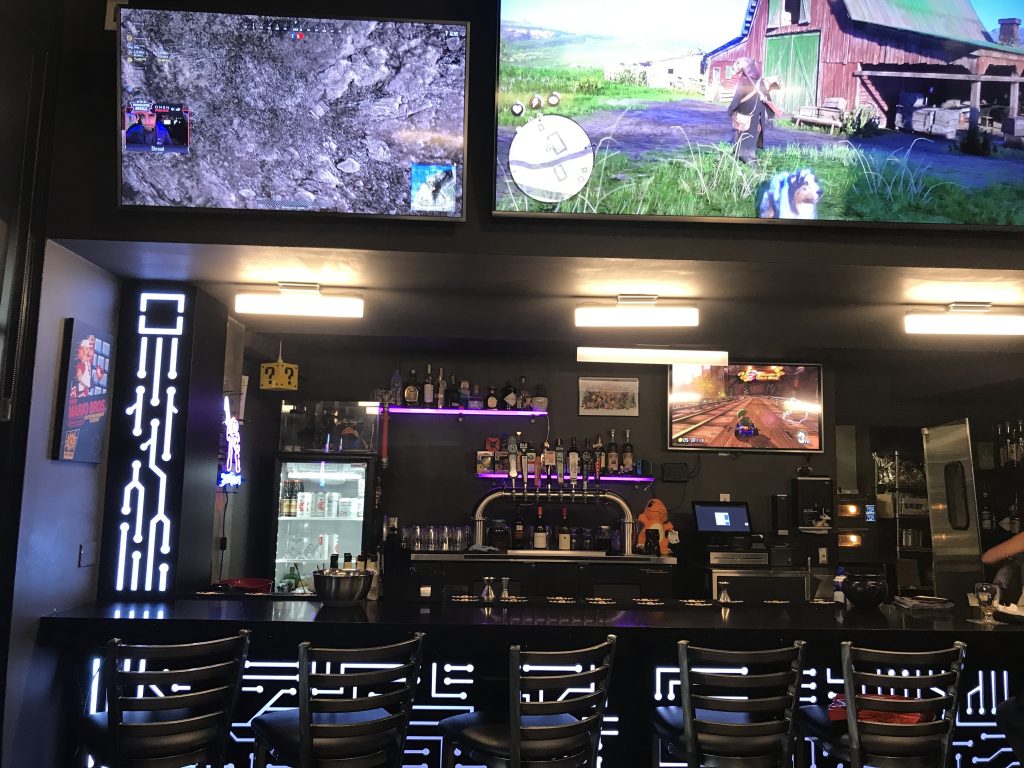 One thing that Norton loves seeing in his establishment is that anyone from any background can enjoy this concept.

His patrons vary between gamer geeks to swole bros. It brings everyone together to socialize. It’s no wonder the gaming industry is so popular, global and will continue to grow.

Garrett Schelske, an advocate gamer, had never heard of bars that host online video games like LAG does with Call of Duty. He says there is a stigma about gamers that they all are introverts and don’t like to be out at bars.

“I’m very social. I love my beers and games. I think it’s pretty badass that I can go to a bar and be with my kind of people in person, instead of meeting people through my headset,” said Schelske.

Liberty Cohen, a frequent visitor to LAG and woman who games, loves that there is a place like this for her. The bar streams live reviews from YouTube gamers which also sets itself apart from barcades. Cohen wishes there were more of these businesses around.

“LAG is pretty cutting edge. I like this new type of business because its nostalgic. A lot of adults think they have to leave playing video games behind with their childhood but they don’t,” said Cohen.

Norton predicts the trend in this business model is only going to rise. These establishments are popping up in L.A., Santa Ana and now LAG in Anaheim. He believes this new concept will stay around because Norton says just like Blockbuster, if companies don’t stay relevant, they won’t survive. Although he knows the risk factor of the bar business, he has confidence.