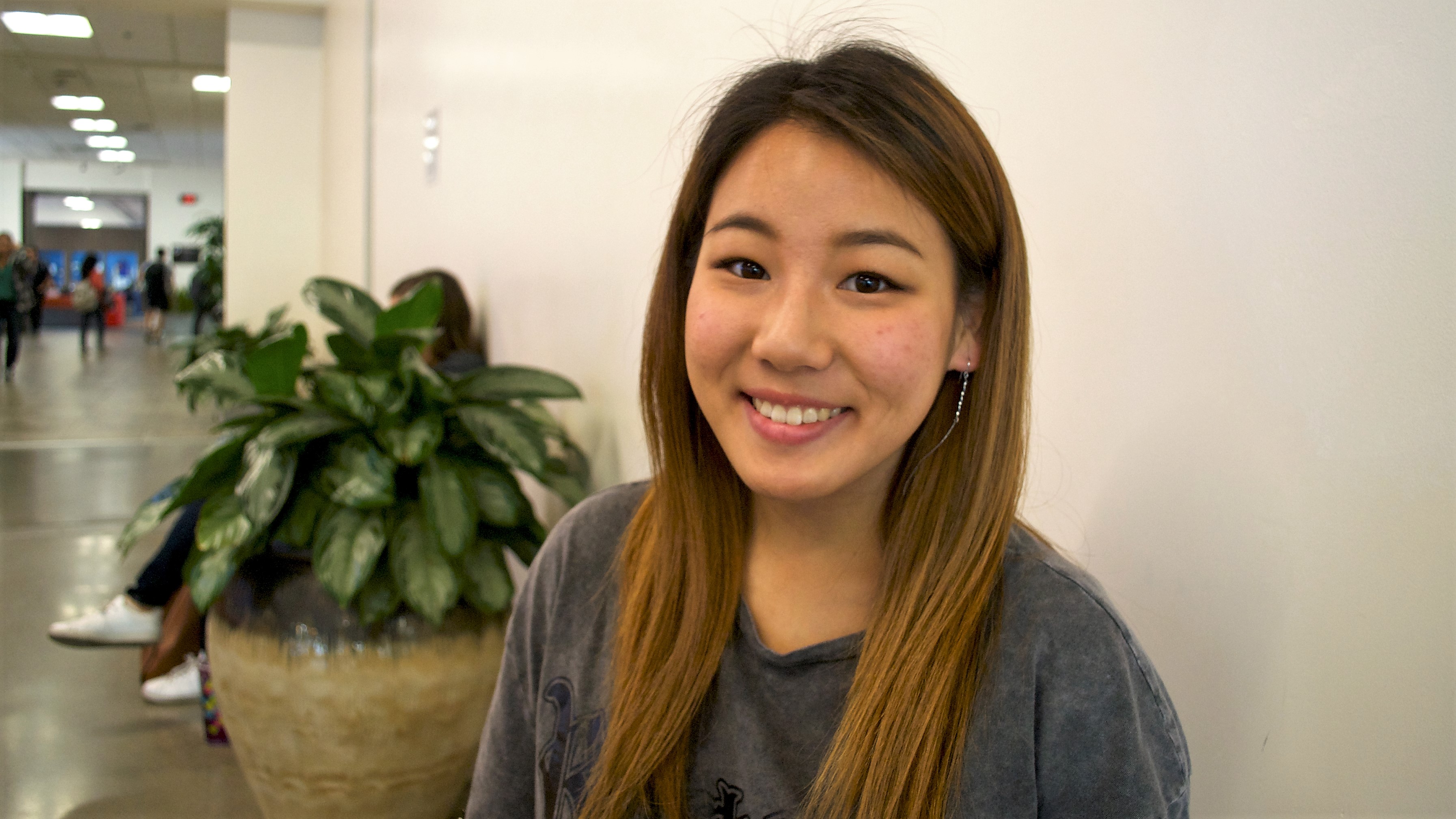 More than 3,000 international students study on campus. What is it like to be so far from home?

Japanese international student Momoko Watarai is quick to laugh. It might be her admitted shyness, or maybe her upbeat disposition. Her first name, after all, translates literally as “peach kid.”

Watarai, a communications major, comes off as open, but she says it is difficult for her to initiate conversations and meet new people.

“I want to make American friends, but I have shame that I cannot speak English well,” she says, leaning back in her seat. As students bustle past in the Titan Student Union she says, thoughtfully, “I am very lonely.”

Watarai’s sense of isolation is a common problem for anyone studying abroad, but some of the factors that fuel it may be specific to her culture.

In Japan there is an understanding that in public you largely keep to yourself and don’t impose on others. Watarai says she is more comfortable when others to speak to her first.

SoCal culture is different from Japan in its relaxed social conventions, hyper-diverse population, or openness to opinionated discussions. But, as Watarai’s says, her biggest obstacle is English.

“I want to make American friends, but I have shame that I cannot speak English well,” says Momoko Watarai.

“Just hearing makes [English] difficult to understand, but if it’s on Titanium, I can read and understand better,” she says.

Overall, she grasps the ideas communicated in class, but specifics can be lost on her, as well as idioms and slang.

“The professors are very good but the content is more deep, so it is more difficult for me,” she says. “Writing is much easier.”

Masato Shibuya, another Japanese student studying law and politics, shares some of Watarai’s experience with English.

Courses are much more difficult for him here, and he attributes it to the speed at which the content is covered by native speakers.

Fullerton is Shibuya’s first experience in the U.S. after transferring from a college in Saitama, Japan, across the Pacific. He came to improve his English and immerse himself in a culture that shares his love of baseball, which he has played for 12 years.

For those who are learning a second language, it isn’t surprising that the hardest part is jumping into a conversation. Listening to a non-native English speaker, especially a chatty Californian, is like catching water in a bucket and trying not to spill it all along the way.

And although Watarai took mandatory English classes in Japan since elementary school, she didn’t get much speaking practice.

“Our focus is on the grammar,” she says. “We don’t write or speak English that much.”

Watarai got English-language practice when she moved to the U.S. for the first time to study at Palomar Community College in San Marcos, California.

From there she transferred to CSUF. She chose to study in the U.S. because there aren’t nearly as many options to study journalism in Japan. The notoriously difficult entrance exams Japanese students take to get into universities was another factor.

“I had a lot of trouble since I came here,” says Masato Shibuya. “In Japan all things are decided more strictly.”

“It’s really hard to enter the universities in Japan,” Watarai says. “We needed to study a lot.”

Using the Japanese word for strict, kibishii, she laughs, adding, “Yeah, I didn’t want to do that.”

But Shibuya has more mixed feelings about American life, frowning on its “sloppy” social structure.

“I had a lot of trouble since I came here,” he says. “In Japan all things are decided more strictly.”

For example, he is frustrated with the transportation system here, which is noticeably more relaxed than Japan’s punctual train systems. Shibuya is from a country where many things are more formal, from how to address superiors to what angle to bow in each social context.

“I love Southern California,” she says. “People are nice and friendly. I can meet people from different culture, and it is just fun to know the world I have never been.”

As a big food-lover, staying in the U.S. made her realize how much she loves and misses Japanese food. Shabu-shabu, tonkatsu, takoyaki, okonomiyaki – her list of favorites is enormous. She has tried the food here but says it just doesn’t compare to the real thing.

“Although I like California rolls, which is American version of sushi, I don’t want Americans to think those are Japanese sushi. It is a big mistake,” Watarai says.

“I think Japanese food in the U.S. is really different from the real stuff in Japan, especially ramen and sushi,” she says. “I have tried sushi here, but it was not what I expected.”

“Although I like California rolls, which is American version of sushi, I don’t want Americans to think those are Japanese sushi. It is a big mistake,” she says.

Watarai says she doesn’t go out as much as she did back home. As a result, her typical day is spent in her apartment doing homework and watching Youtube videos and Japanese dramas.

In her hometown in Gunma Prefecture northwest of Tokyo, she competed in hip-hop dance competitions in high school, winning first place over many other schools.

She says she had many friends back home and misses them and her family—she has one little sister—but she gets to visit them during the summer.

In this article:Culture, international student, Japanese 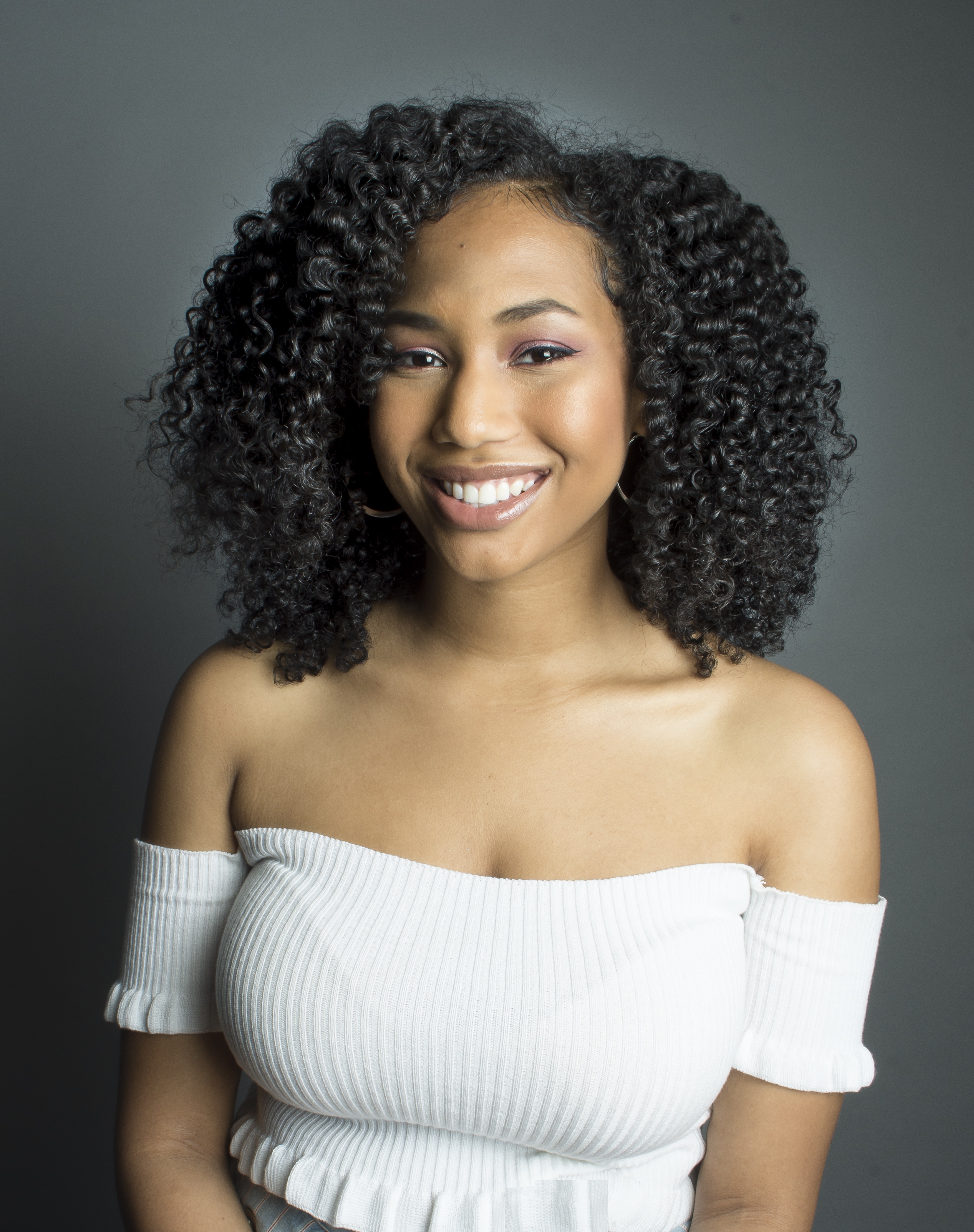 By: Monica Astacio, Photo by Judi Cahill Dear Monica, my boyfriend is black and I’m Honduran. I want him to meet my parents, but...