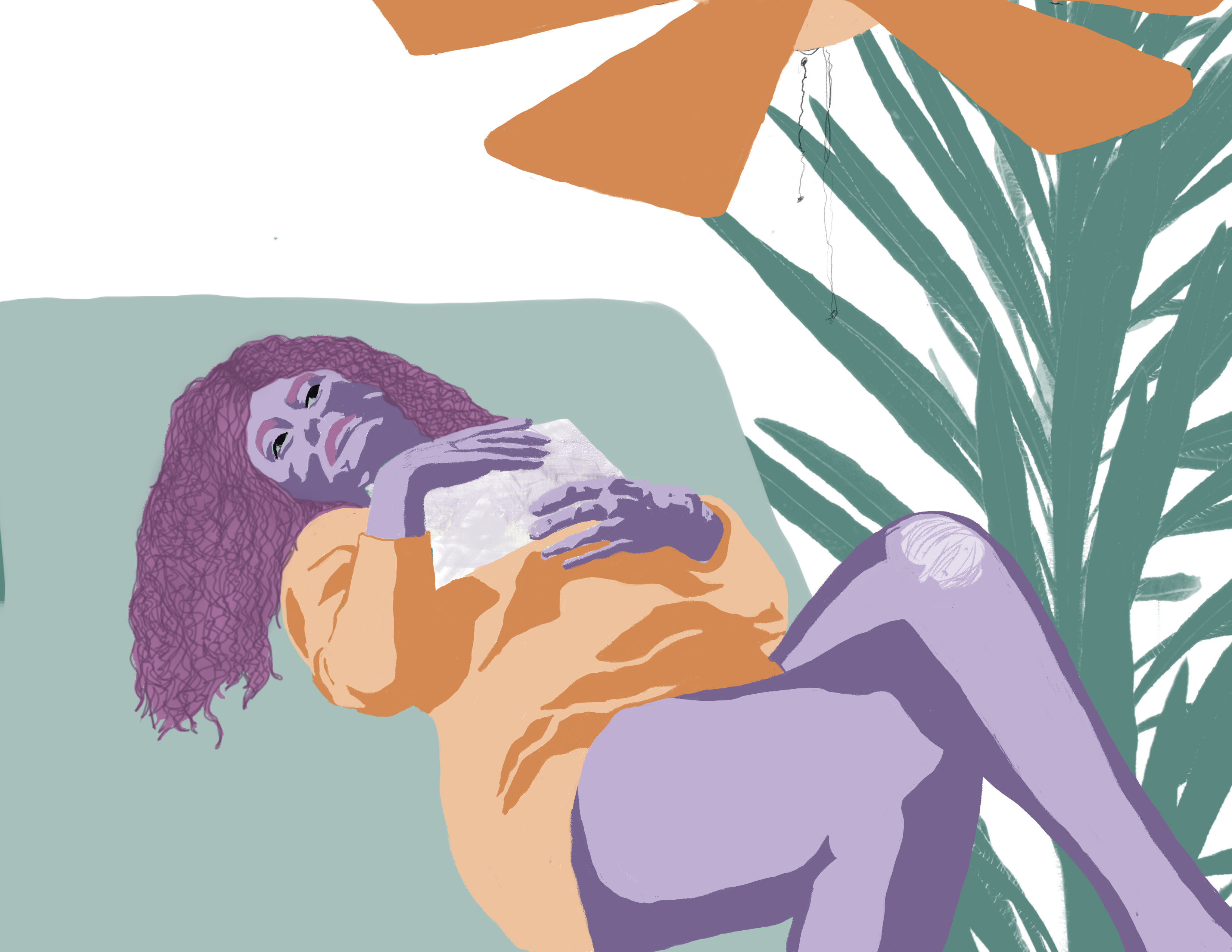 words and image by Bernadette Steele

The thought plagues me each time I lie sprawled out on the ground, enviously watching my ceiling fan move so purposefully.

For as long as I remember, I’ve had pain. At first it was acute pain, caused by minor muscle spasms every few months. But as I grew, the pain did too.

Muscle spasms, according to Veritas Health, are involuntary muscle contractions. They can severely decrease your mobility if the spasms occur in your lower back, which is the primary spot for my condition.

“She’s overreacting, it’s not that bad.”

My brother was the first person to express this sentiment. It’s a common misconception within society, that young people have fresh and healthy bodies with no imperfections.

No one ever talked about my back pain, so I grew up thinking that having muscle spasms was normal. I never talked to doctors about it, I thought they were just a part of growing up.

The first time I realized my back pain was different was after I graduated high school. I was a full-time student and a part-time piano accompanist, with a particularly heavy schedule. My backpack was filled to the brim with large binders, thick songbooks, and your run-of-the mill school supplies.

One day I was getting my things together after class and I felt it, the familiar tweak and tenseness warning my body to build up its defenses against itself.  I had work after class, so I was trying my hardest to ignore the obvious plea my body gave out to rest.

On the bus ride over each shake reverberated in my spine and rested heavily on my hips. I felt that if I had to endure this any longer, my body would surely explode. Nothing changed once I arrived at work, and as I mulled through the first song of the day I felt my muscles screaming.

I reached out to turn the page, and knew that I couldn’t move another inch. Crumbling to the floor, I felt the weight of my pain and embarrassment of having publicly shown that my body is different.

I went to a physical therapist after that episode. Without much probing, the therapist concluded that my symptoms would disappear with some ice and simple stretches. Her diagnosis made me uneasy but I didn’t argue against her. She was the one with credentials. Eventually with enough rest I was back to my “normal” amount of tension.

The next time I had a muscle spasm it got worse. I was bedridden for more than two weeks, relying on the generosity of my roommates to keep me watered and fed. I couldn’t stand at all without feeling like my body would break.

Things that were once simple tasks became strenuous activities. Showers and using the restroom were taxing marathons. My mental and physical health was diminishing before my eyes, and I was sure I was broken beyond repair.

After talking to a friend about his journey with back pain, I knew I had to take matters into my own hands. I sat down and wrote to my doctors, stating my grievances and begging to get an MRI done so I could finally get some answers. My general practitioner protested, stating that it would be a waste of time and money because at my age it shouldn’t be anything serious. But I didn’t budge.

As the spine specialist explained my MRI results to me, I couldn’t help but feel a polarizing sense of dread and hope. Fascinated by the images of my nerves and bones, I saw it; the bulging discs in my spine that were slightly herniated, the cause of my pain.

She traced the image with her fingers explaining the difficult journey I had ahead.

Having chronic pain at a young age is overwhelming. We live in a culture of “walking it off” instead of taking care of our bodies, resulting in a false sense of invincibility.

I’m haunted by the thought that if I had sought help earlier, my pain would likely now be less severe.

If you find yourself grunting each time you move, seek help.

If your gut is telling you that something isn’t normal, listen to it.

Don’t let your doctors take advantage of your age.

What I used to see as an accusatory statement toward my symptoms has finally helped me understand I deserve to feel better:

“You should be able to do this at your age.”