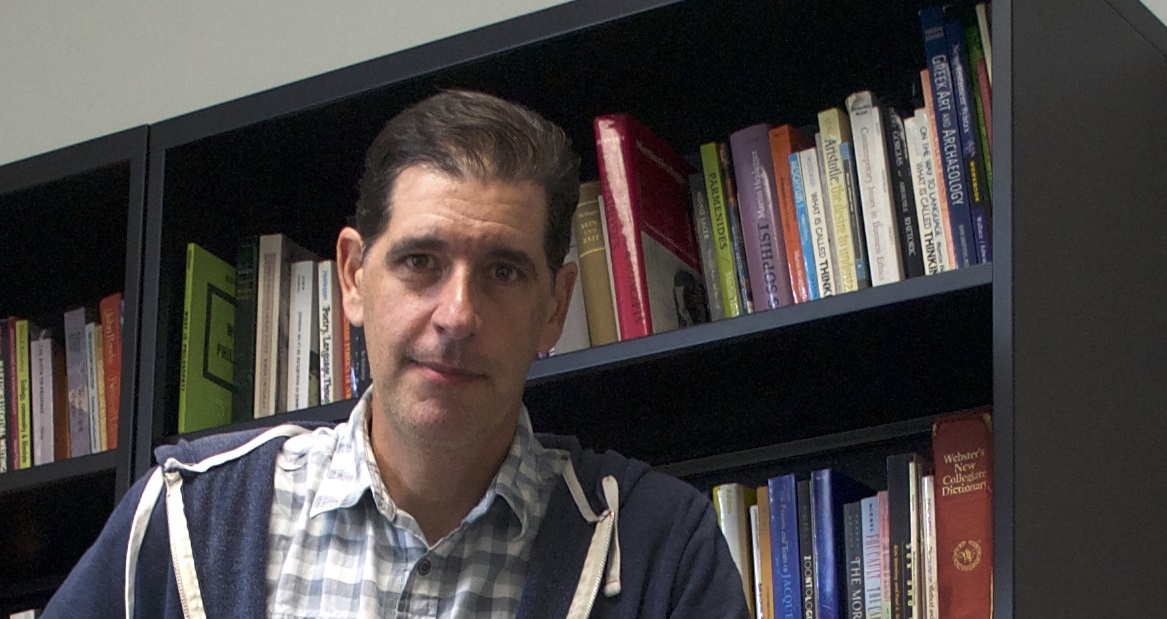 Matthew Calarco stands out among philosophy professors. Most days, he wears his usual: a zippered hoodie over a polo shirt, jeans, and sneakers. He has a relaxed but focused air to him – a calm energy that spikes when he imitates a bougie Valley girl or when he Googles philosopher Jacques Derrida’s coiffed hair. He gets excited, too, when reaching an essential point in a passage by Nietzsche.

Calarco’s passion for philosophy is palpable, and he gives anecdotes from his life to make class material more tangible to students. He tells of racing against Lance Armstrong as a junior cyclist and gives hints of his past life as a DJ and beat-maker in the 90s indie hip-hop scene. Stories like these beg for more details, but Calarco ultimately wants students’ interest directed at philosophy.

“I try as best I can, as odd as it sounds, to shrink away as an individual and personality,” he says.

It takes a look at Calarco’s life outside the classroom to understand what he is truly about.

Nearly eight years ago, he ditched his car for a bike to reduce his carbon footprint. Now he commutes to CSUF 150 miles each week, a habit he learned as young kid. At age 10 his parents would “drag” him along and make him “do these ridiculously long bike rides” over 100 miles for exercise.

Calarco had a knack for biking and eventually competed in a national race at age 17 with young Lance Armstrong. He quit competing after that, but cycling remains an important part of who he is.

In small ways, riding every day has changed his patience and temper. He said it transformed his sense of self and the way he inhabits the world around him. While riding, he has had time to reflect on how cars affect the environment, from climate change to animal rights.

“For somebody like me who cares about animals and the environment, you get constant reminders when you’re riding your bike versus riding your car of how much damage is being done,” he says. 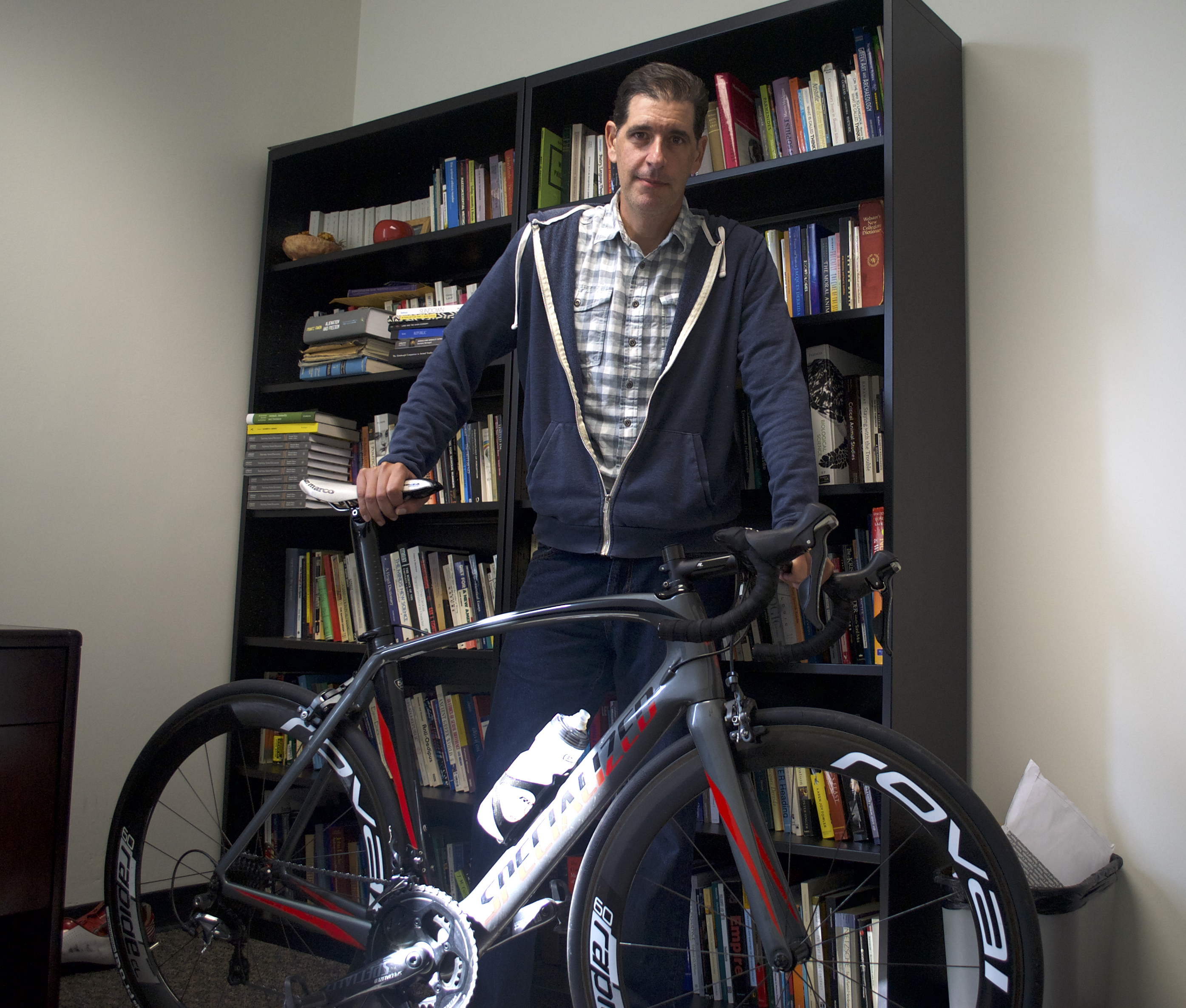 Philosophy professor Matthew Calarco stands with his cycling bike. He commutes to campus with it over 150 miles a week.

Calarco is currently writing a book about roadkill, his latest work in a long line of publications on his principle academic research: animal studies. His latest book comes from his own experience with viewing roadkill while cycling.

“That’s something that has always haunted me – seeing animals get run over,” he says.

That experience is only a part of the larger ethical problems Calarco sees with the treatment of animals, from food production to animal testing. He has a deep desire to transform treatment of animals and to discuss ways our society can rethink how we interact with them.

For such a complicated social issue, he says it takes several disciplines such as anthropology, sociology, psychology and philosophy to create a robust knowledge base from which to try different practical means of securing more animal freedom. Like the perspectives of many scientific fields, Calarco adds that animal studies are now much more inspired by continental, feminist, and anti-colonial perspectives – philosophies that seek freedom from established systems of oppression.

“The kind of work I do is a dialectical relationship between theory and practice, with practice and activism leading the way,” he says.

His close colleague, Brady Heiner, Ph.D, says via email, “Matt is driven by a deep love and appreciation for the more-than-human worlds on the planet, and an unshakeable commitment to environmental justice.”

Calarco first learned about factory farming in his early teens when his family went vegetarian because of his father’s health problems. He then learned more about vegetarianism, and soon his reasons for dropping meat became ethical.

“I was just profoundly moved by how animals are treated once I woke up to it, once I saw the full scope of the violence and just general lack of respect and care for animals,” he says. 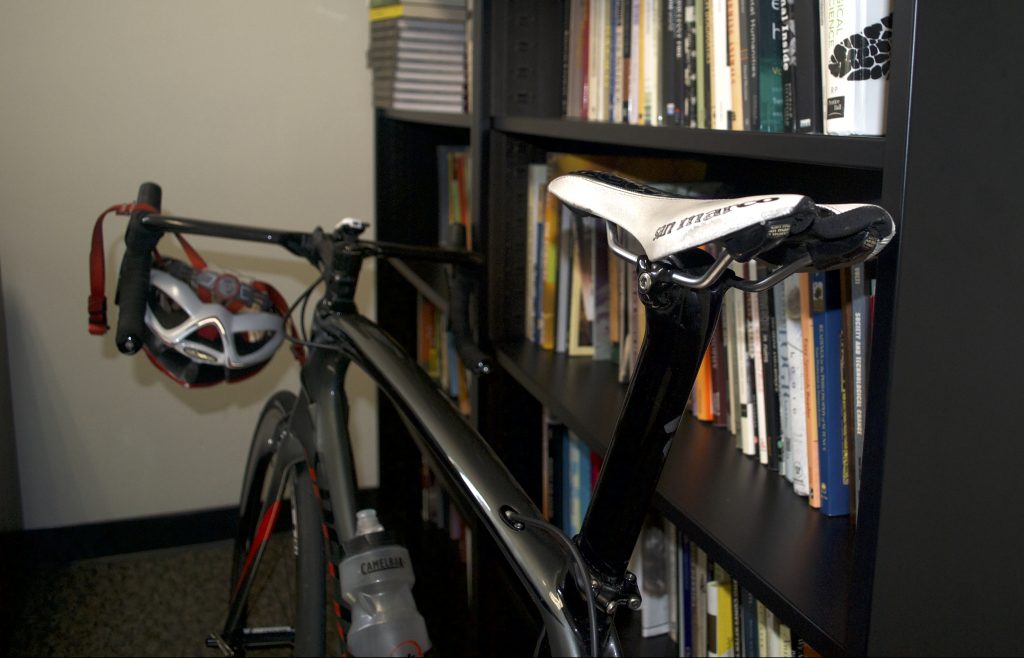 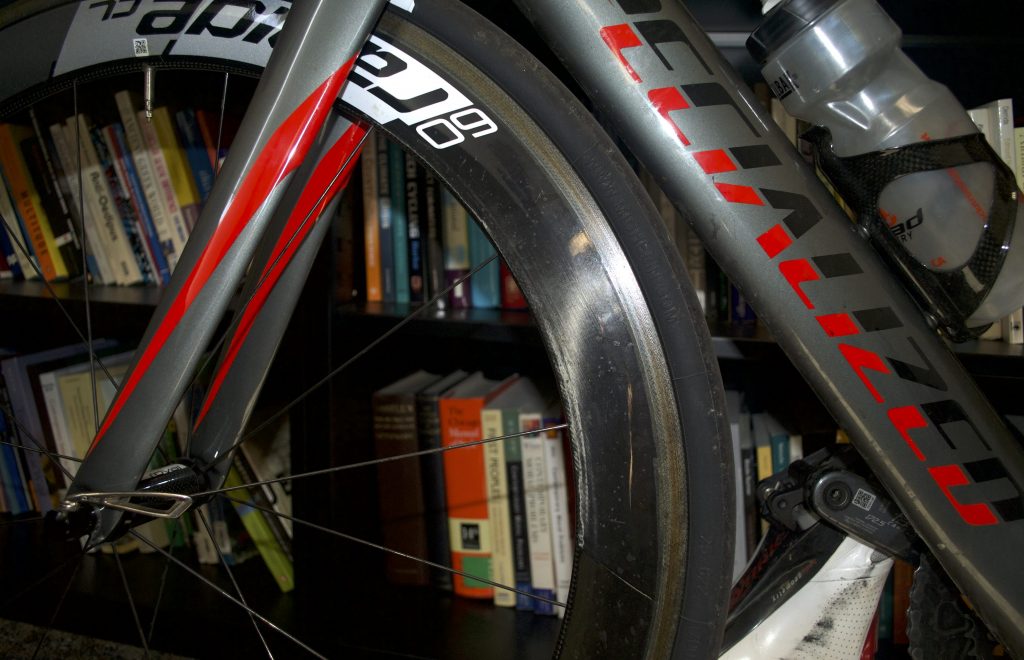 Before Calarco made his commitment to a doctorate in philosophy over 18 years ago, he had a very different interest in mind. He grew into his late teens in the golden era of hip-hop during the late 80s. In the following years he dove deep into the scene as a DJ for San Diego clubs, making music for groups he knew and occasionally playing for radio stations. Inspired by the creativity of the hip-hop movement, Calarco was figuring out existential issues through philosophy and music.

He says, “I thought of it as an artistic, creative thing, very much like doing philosophy in the sense of trying to rethink who we are and what we’re doing.”