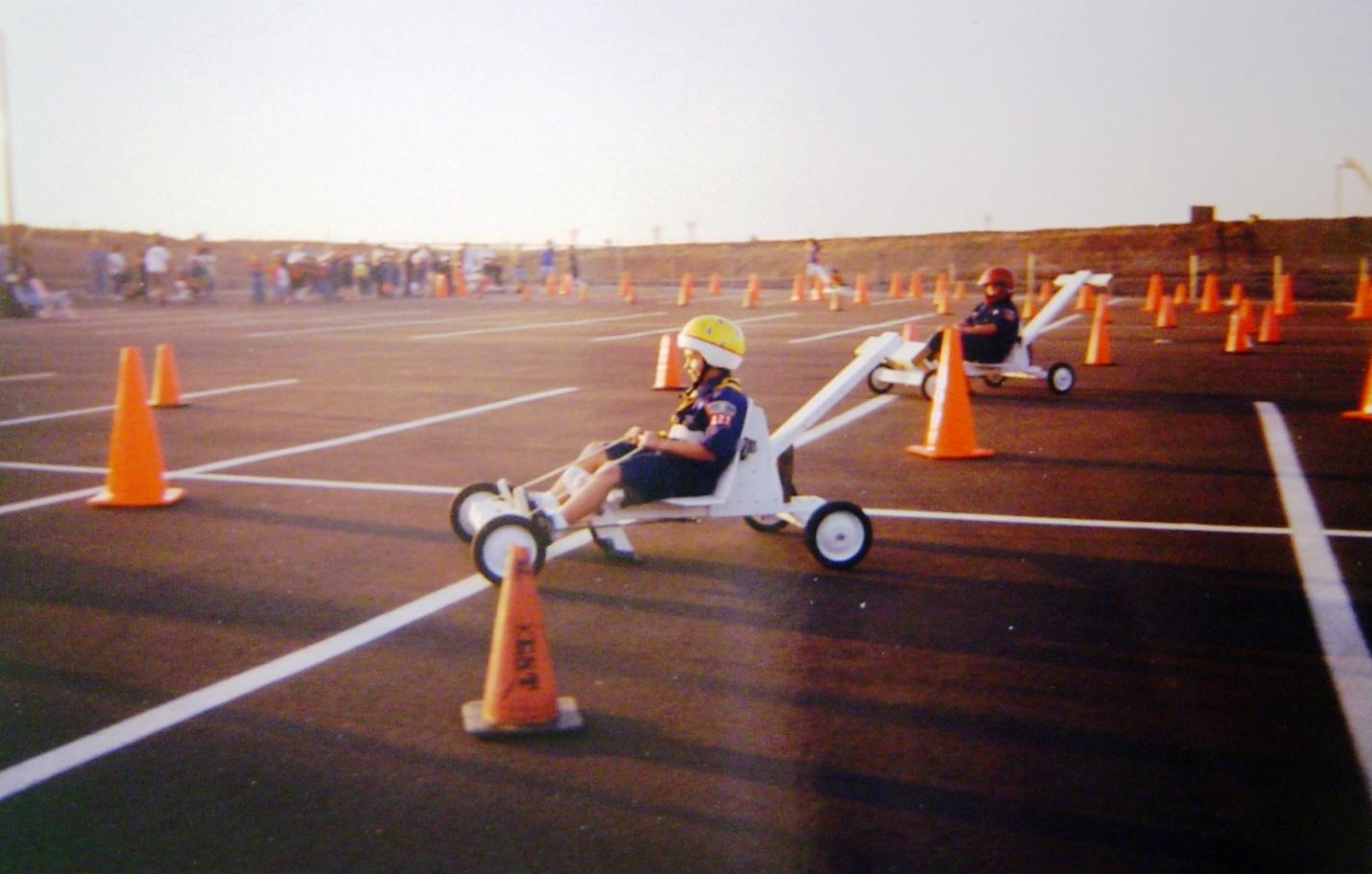 I’m a millennial who grew up without TV and the internet.

Today, I’m nearly as connected as my peers. But my childhood experience has helped me strike a balance to avoid tech addiction.

“What was your favorite TV show when you were growing up?”

It is a common question I hear from my classmates, coworkers and supervisors. Without fail, I draw a blank stare. I am a product of the 1990s and early 2000s, but I know virtually nothing about “The Simpsons” or the “X-Files.”

As a child, I lived without television or computers. I was 17 when I had my first cell phone (a simple Jitterbug Flip more popular among seniors 65 and older than high school seniors). It would not be until age 18 that I would have my own email account and 24/7 access to the internet. I started social networking at 20.

My main connection to the outside world was the radio – an old, bulky home set that would only pick up local AM and FM stations.

At the time, my upbringing seemed perfectly normal and satisfying. But as an adult, I have come to see that my experience was unique for my generation, a story worth sharing in light of our tech-obsessed culture.

Today’s young people are the most tech-savvy and connected generation in history. According to the Pew Research Center, 99 percent of Americans ages 18 to 34 use the internet and 92 percent own a smartphone. Like most people my age, much of my life – from job searches to banking – occurs online. But my present use of technology is a far cry from my past.

The progression of my personal development was definitely outside the norm. My mother, who was very intelligent but also very old-fashioned, homeschooled me for a number of reasons, including her religious beliefs, but foremost her desire to accelerate my learning. I studied several subjects at the college level by age eight and had bosses before I had non-parent teachers. TV and computers were seen as time-wasting interruptions.

Instead of being glued to the boob tube, I would spend my free time working on hobbies such as jigsaw puzzles and wooden models, practicing track and field or listening to parent-approved music on the radio (which actually included most popular songs, so long as the lyrics weren’t offensive, according to my mother’s opinion).

My weekends were a time for hikes or field trips with my Boy Scouts group, family outings in San Diego and church and afternoon trips on Sundays.

I was certainly aware of a more tech-rich existence, but many of the families I knew lived just as I did, as most were part of the same Inland Empire homeschooling subculture, which was comprised of several hundred, mostly religious, families that homeschooled their children but banded together for field trips, extracurricular activities and support.

Other than music, I was a bit ignorant of popular culture. No movies, no sitcoms, no video games. But thanks to newspapers, magazines, NPR and the local library, I was well-versed in current events, such as the 2000 presidential election debacle, 9/11 and the War in Iraq. In a scene more reminiscent of the “The Greatest Generation” than a millennial upbringing, our family would gather around the radio to hear a major political speech or find out where an earthquake we felt was centered. 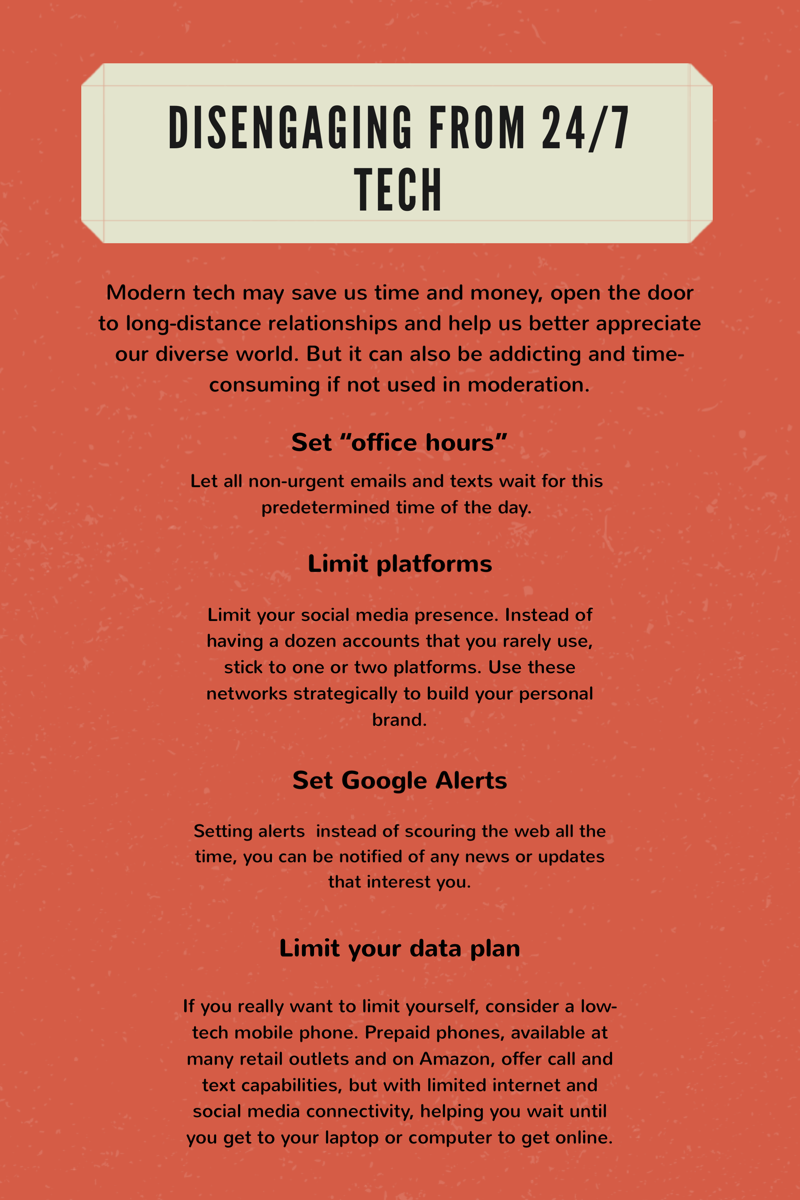 Things began to change at age 11, when my dad insisted on buying a computer. He had begun to recognize the importance of preparing me for the digital revolution that was transforming the world.

Still, our computer was only a word processor, so while I taught myself how to make top-notch PowerPoint presentations, manage Excel databases and create professional Word documents, I still lacked internet and email, both of which wouldn’t come until I started college.

Years later, as a college student, I rapidly adapted to the contemporary world’s technological demands. I already could type at nearly 80 words per minute and my well-developed writing skills made it easy to adjust to email, blogs and social media. It wasn’t so much that I needed to learn new skills, but rather that I had to transition to the new platforms by which my pre-existing abilities could best be utilized.

A lingering impact of my tech-free years has been my continued ignorance of television entertainment. My coworkers, supervisors and professors will talk about the latest episode of “Grey’s Anatomy” or “Game of Thrones” and I just tune out. I know it’s a direct result of growing up without TV.

On the other hand, I find myself looking up YouTube videos of things I heard on the radio but never saw on TV as a kid – such as political speeches by Clinton and Bush or music videos of Britney Spears and the Backstreet Boys. Having a visual to go along with the audio that I listened to adds something new to old memories.

I sometimes feel a lot older than my peers when I reflect on my childhood because I have recollections that no one in my generation can relate to, such as marveling at how bulky our first TV set appeared in the living room or trying to figure out the components of a desktop computer for the first time.

I feel as though my upbringing, while unique, provided a good counterbalance to the tech-obsessed world of the 21st century. It gave me insight into an earlier way of life that many of my peers only hear about from their elders.