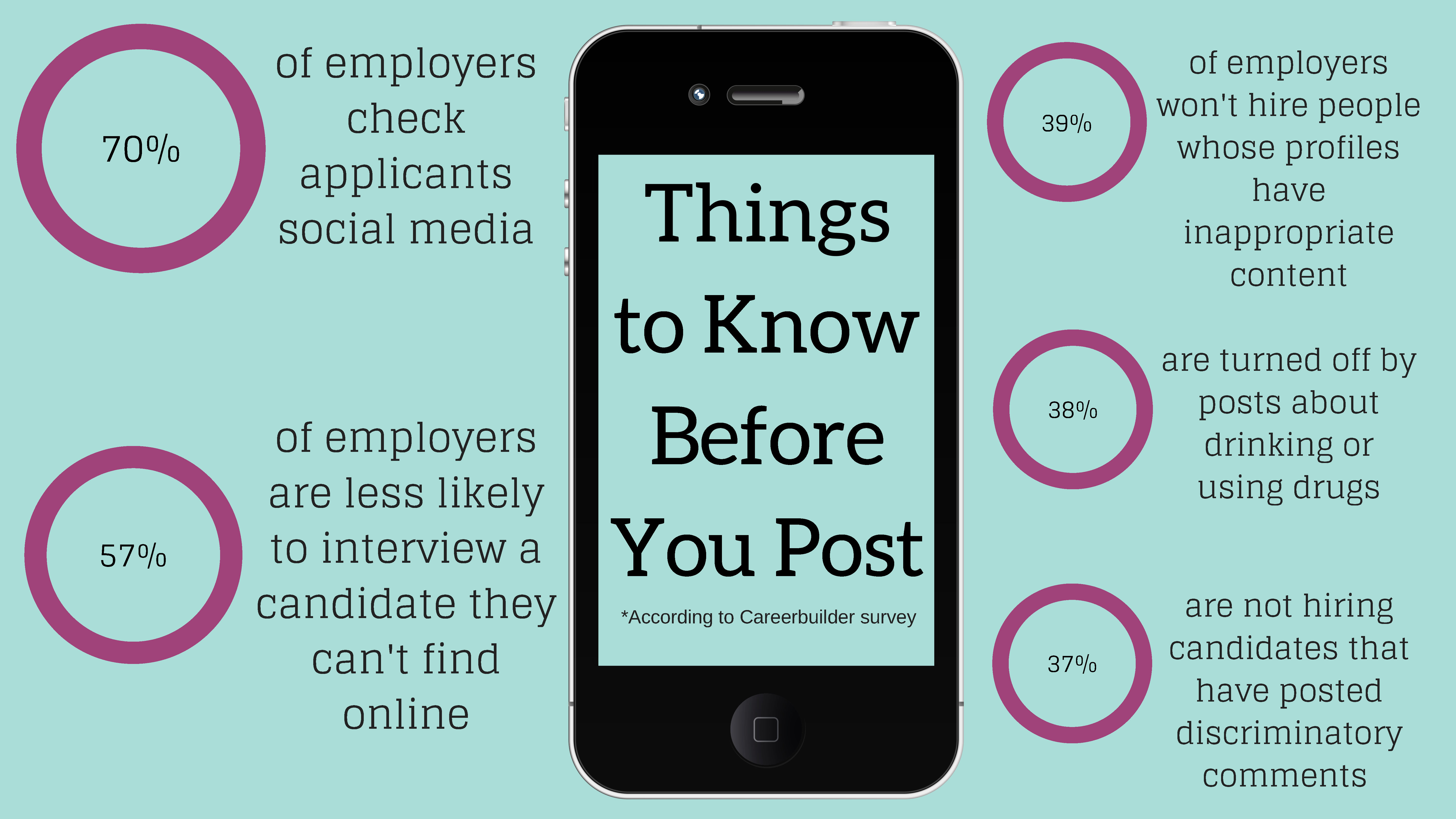 Dear Diane, I’m applying for jobs after college, but I keep hearing things about how my Instagram account will be scoured by employers. Is that true? Should I be worried?

Employers don’t care about what you share, right? Wrong! Times are changing. The people scrolling through your profile went from peers and parents to a potential connection to a future career.

With social media on the rise, the chances of employers doing their own online research before hiring has gone from unlikely to very likely. In fact, according to CareerBuilder.com, 70 percent of employers in 2017 said that they check a candidate’s social media accounts before they hire, a 10 percent increase from just the year before.

Hiring managers are now checking profiles before even considering an interview. From the same survey, 57 percent of employers said they are less likely to interview a candidate they can’t find online. Now, having a professional social media presence is highly valued and even frowned upon if nonexistent.

CareerBuilder also found that 39 percent of employers said they are not hiring people whose profiles reveal provocative or inappropriate videos, photographs or information. 38 percent are turned off by posts about drinking or using drugs. Lastly, 37 percent are not hiring candidates that have posted discriminatory comments about any race, religion or gender.

Employers are using social media accounts as a tool to hire or reconsider candidates because it allows them access into the candidates lives. However, they aren’t the only ones who can use these forums to their advantage. Students and alumni can use the same tool to market themselves.

In fact, Facebook was originally made by Mark Zuckerberg while he attended Harvard University. His purpose for Facebook was to connect the Harvard student population. The site eventually expanded to other universities and colleges. In 2006, Facebook was opened up to anyone with an email and the site blew up into what it is today. However, the reasons for its use haven’t changed: connecting people.

Networking is still the main skill employers are looking for — who you know and why you know them. Present yourself in a professional and positive matter and you might land yourself the right job. On the other hand, posting the wrong thing or nothing at all could kill your chances at your dream job.