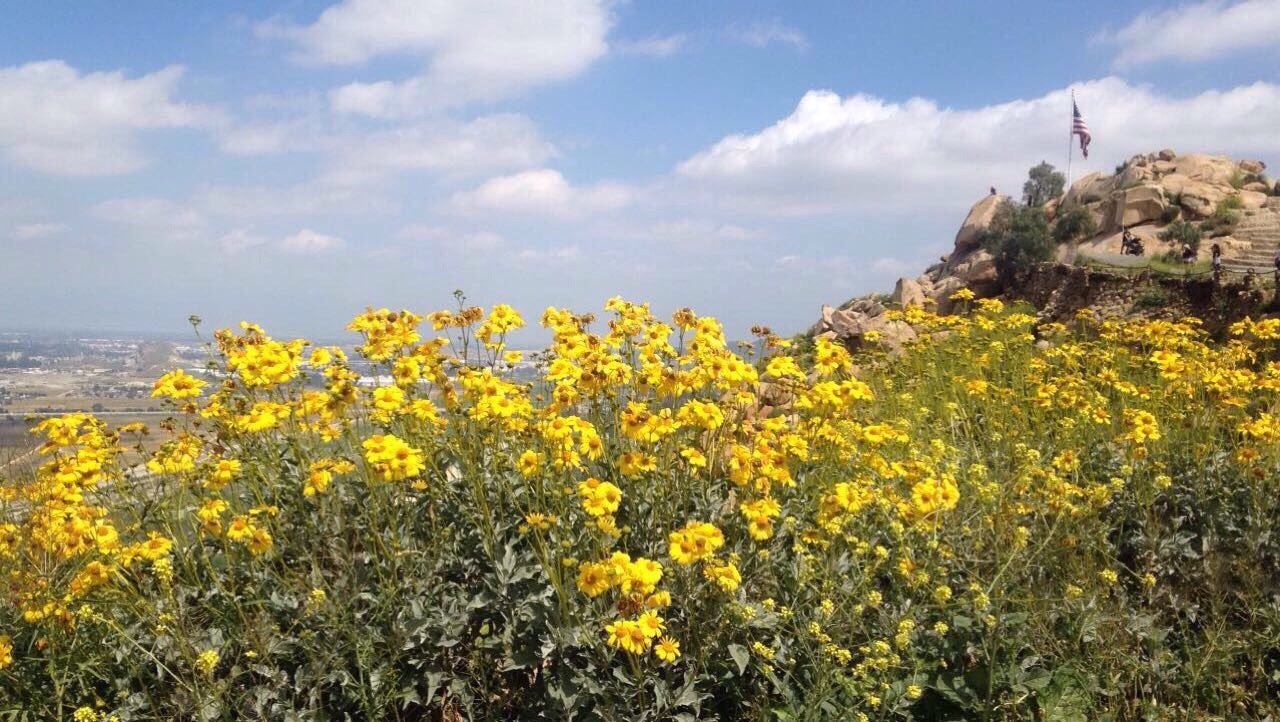 Within a two-hour drive of Cal State Fullerton are numerous opportunities to enjoy wilderness hiking at every skill level. One of the most scenic routes is the almost three-mile free loop trail at Mt. Rubidoux in downtown Riverside. The 1,399-foot peak provides panoramic views of most of the Inland Empire, and several historic sites on the mountain are from the early 20th century, including the Serra Cross, the Peace Tower and Friendship Bridge.

Wildlife watchers are drawn to the mountain to observe several ecosystems, including typical Southern California chaparral on the western slopes and desert cacti on the more arid eastern foothills. A diverse selection of breeding and wintering birds, lizards and salamanders, rodents, rabbits and snakes are often visible enough to photograph, particularly in the morning or around dusk.

Limited free parking is available in the neighborhoods at the base of the mountain, which extends the hike by another half-mile. The route itself is paved and well-maintained, making it popular with hikers of all skill levels and ages. The uphill portion is a bit steep, so be sure to pace yourself. There is no food or drink on the mountain, so hikers are encouraged to bring their own water and lunch.

While a great destination at all times of year, extremely hot and humid summer conditions, with temperatures exceeding 100°F, discourage visitors during the warmer months. Winds are also amplified at the higher elevations, so visiting during Santa Ana winds is also not recommended.

The trailhead is located at 4706 Mt. Rubidoux Dr. in Riverside, Calif., about 40 miles east of the Cal State Fullerton campus.