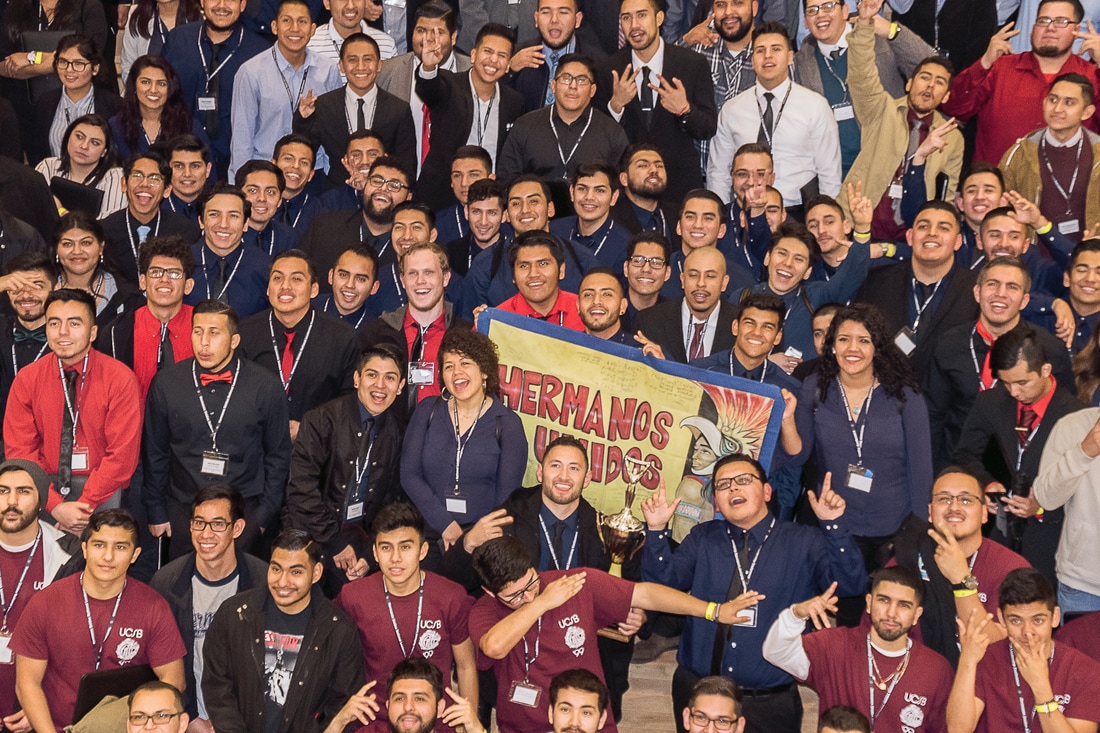 After years of hiding my cultural identity, a CSUF organization helped me prosper

Before joining Hermanos Unidos at Cal State Fullerton, I was embarrassed of my Mexican heritage and its traditions. If someone were to ask me, “Do you speak Spanish?” the answer was easy: “No.”

I disliked having parents that couldn’t speak for themselves at parent-teacher conferences. I wouldn’t invite friends over because of the possibility of exposing them to excessive tortilla consumption or overly spicy sauces.

It became a custom of mine to deny any link to my roots. There was one point when everyone at my high school thought I was a second-generation Filipino-American student because I couldn’t speak Tagalog.

It was easier to lie about who I was rather than explain why I didn’t want to be who I am.

When I first walked into the Titan Student Union room where Hermanos Unidos meets in spring 2016, I was hesitant about joining a space that was predominantly Mexican. Hermanos Unidos caters to all Latino backgrounds but mainly consists of men with Mexican heritage.

Hermanos Unidos is a Latino organization that aims to increase the graduation rates of Latino men within the university system. Every week, they facilitate conversations on how to improve Latino male success in higher education.

The club’s measurement of success is through long-term individual development. Hermanos Unidos challenges Latino men to lose their instilled machismo — the idea that men must always act tough and suppress their emotions. As a familia, Hermanos Unidos strives to cultivate a sense of racial appreciation toward our community while making it understandable to the general public.

Despite all of this, I didn’t return after that first meeting. I told myself it was because I was too busy, but truthfully, I just wasn’t interested.

A semester later, I returned.

I started planning and attending events for Latino and Latina students which helped me learn the true beauty behind my color. I realized that students who come from a Latin American background are capable of being intelligent, artful, sincere and powerful.

My culture slowly began to wrap its beauty around me and teach me lessons I had once ignored.

I found myself embarrassed again. But this time the embarrassment wasn’t from the loudness of my culture —  it was from how hard I had been trying to silence it and how stupid I was for doing so.

Being Mexican-American is no longer a heavy secret that I keep locked away from others. It has become an important part of who I am and a piece of my identity that I wear confidently wherever I go.

This personal acceptance increased my drive to teach others that culture, race and ethnicity are not something to be ashamed of.

My confidence grew after only a year at Hermanos Unidos. During the organization’s election season, I was the first to be elected for the co-chair position. I proudly accepted the opportunity to fully celebrate my roots and plant that pride within others.

Most importantly, I wanted to teach others that racial identity was not an obstacle to success but rather a major contributor. Being a part of Hermanos Unidos has brought me lifelong relationships and opportunities.

Every Tuesday night for the last two years I have walked into the same room. Now it is a familiar place for me, but I didn’t always feel as comfortable walking in as I do now.

Hermanos Unidos was pivotal to the development of my identity and my confidence as a person.

I am co-president of Hermanos Unidos de Cal State Fullerton.

I am capable of being intelligent, culturally rich and a leader wherever I go.