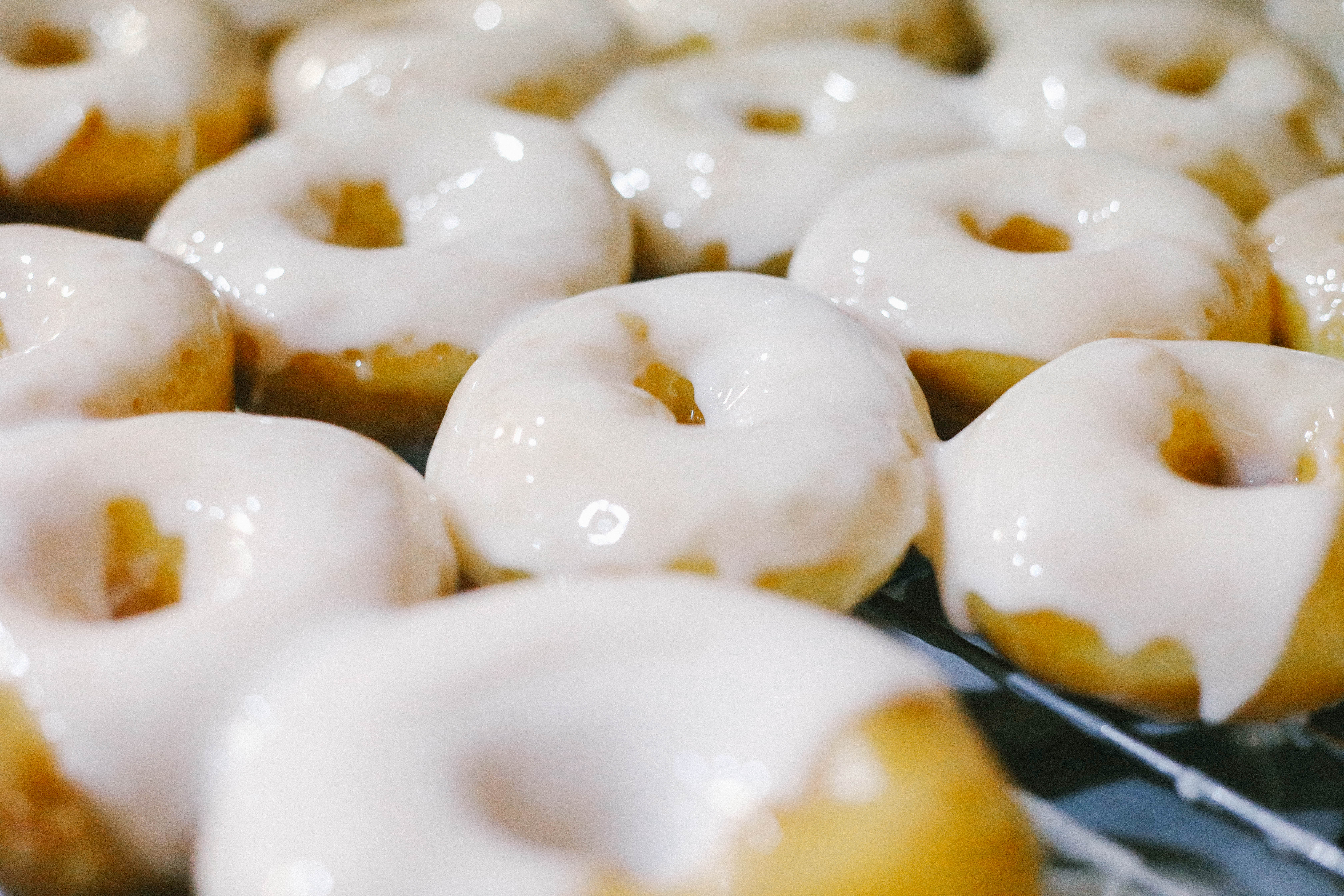 by Emeline Beltran and Hannah Miller

From a fireplace stained with blood to warning signs reading “DO NOT FEED THE ZOMBIES,” there’s no need to wait until October for a scare in this donut shop.

Zombee Donuts, established in 2014, is where horror-themed donuts beckon patrons from behind a glass window with flavors ranging from the Zombee Mascot to the Maple Bacon, their most popular purchase.

Owner Vanessa Guillan wanted to make something fun and unique. Along with her mother, Marie Theodore, she decided to combine her love of baking with another, creepier love: zombies. And more specifically: The Walking Dead.

The diverse menu had us contemplating which donuts to try for at least 10 minutes, but we finally opted for these sweet six.

Stop this little glazed, dead body donut from staring down guests through the display case by biting its head off upon ordering. Along with its chocolate face, an ooze of strawberry jelly added just the right amount of gore. It didn’t look much like the classic, green zombie with yellow eyes popping out. Neither the dough nor glaze were overpoweringly sweet, and both harmonized with the tart jelly.

This cream-stuffed donut with green, Monster energy drink infused frosting was topped with a chocolate face. The homemade whipped cream was better than the typical creamy blob in similar donuts. Two bites into the donut was a thriller of an experience thanks to the Monster frosting.

Zombee Donuts offers a weekly vegan donut, and when we stopped by they were serving the pumpkin flavor. I won’t sugar-coat it because the pumpkin frosting already had too much sugar. It was so rich it could get me a gold gravestone. Atop the frosting were salted, toasted pumpkin seeds, too salty to even snack on by themselves. Favorably, the dough felt like a cake donut and tasted like wheat bread.

This red velvet cake donut kept its eye on us with its decorative frosting and ganache-dipped donut hole pupil. The cake was moist and sweet, but when paired with the frosting it verged on decadence that would pair nicely with a hot mug of dark roast coffee. The ganache, while a little thick, added to the sweetness despite its ghoulish exterior.

A light, round donut with cream filling and chocolate chips for eyes, Rabies Babies is a treat less intense than its name. The airy donut has a mild flavor balanced with a sugary glaze. The rich cream gushing from the “mouth” of the donut was a step ahead of the aerosol, who-knows-what’s-in-it whipped cream.

True to the Sesame Street character, the Cookie Monster is made of chocolate cake dough topped with electric blue frosting and big eyes. He munches on a chocolate chip cookie with Oreo crumbs spilling from his mouth. The notes of sweet chocolate and delicate consistency give this donut the best flavor, and the frosting proved mild to the tongue. If we weren’t pumped full of sugary carbs from all the donuts before, we would have finished the Cookie Monster. Me like Cookie Monster.