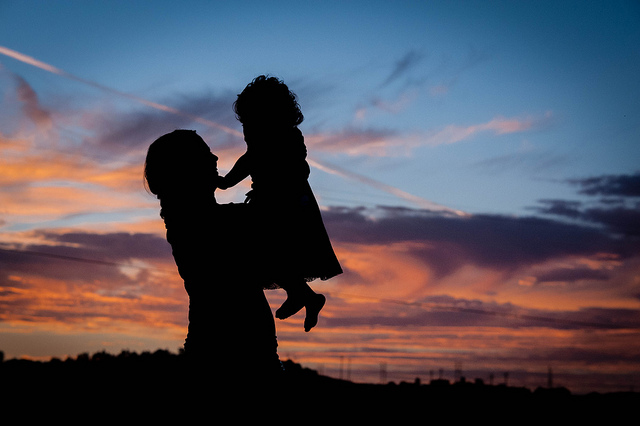 Courtesy of Patrick Slaven at Flickr.com

When I was 10, my mom was diagnosed with emphysema, a monster I’ve tried to ignore

The moment I realized my mom was dying was during our annual road trip to visit my dad’s family in Iowa.

We were in a stretch of the Rocky Mountains, passing through two peaks of impossible mountains. My eyelids were heavy, the rattling of my mom’s oxygen tanks in the back of our SUV lulling me to sleep.

The breathless air, the dull altitude-induced headache, and that incessant clink. It’s all too familiar. My eyes slid shut for what seemed like two seconds and when they opened, familiarity had flown out of my hands.

The clink of my mom’s oxygen tanks were drowned out by the hiss of escaping air. I  instinctively squeezed her oxygen tube onto the port to help regulate the air. My shaking fingers kept pressing, but the tube wouldn’t seal and oxygen was quickly escaping from the tank.

Finally, the hissing stopped — the tank was empty.

From the driver’s seat, my dad yelled out orders. But the ringing in my ears made his voice inaudible.

After swapping the tanks, I eventually found a position that would let air through the tube and into my mom’s weak lungs.

She said her head hurt. Mine did too.

My mom has emphysema, a type of chronic obstructive pulmonary disease involving damage to the air sacs in the lungs. Doctors aren’t sure how her lungs came to be damaged. To me, it simply means my mom can’t breathe. Her body needs more oxygen than her lungs can absorb.

It means she can’t walk with me through museums without an oxygen tank or wheelchair.

It means for every cold she gets, I pray it won’t be her last. It means she might not see me get married or hold my children because the doctors gave her a set number of years — she’s only supposed to have two left.

I became aware of that detail when I was 20, but I already knew. The hissing tank in the Rockies told me everything.

Still, as her confession slipped from her mouth, it landed like an atomic bomb. She tried to play it off like a joke, taunting me about how I’d better hurry up to get married.

As she talked about her visit with the doctors, anger pumped through my veins.

Each time she has a headache, I ask her to use the odometer, which lets us know how much oxygen is in her blood. A healthy person has a reading close to 100 and anything below 90 is considered dangerous.

When she’s resting, her levels stay around 91.

But she rarely rests.

Being a mom is what she does best: cooking, baking, cleaning and loving until she falls apart.

The cold, sterile air of hospitals and even colder stare of nervous patients are normal to me. I’ve spent a lot of time as a child trailing after my mom and dad to her appointments.

I still know the best hiding spots for hide-and-seek in the courtyard outside of the old waiting room.

As often as I’ve seen doctors prick her with needles, scan her and all-but-dissect her, there’s only been a handful of times when I realized something was wrong.

The first was when I noticed that my friends’ moms didn’t have handicap placards hanging from their cars. When they’d ask me why my mom had one, all I could give was a shrug.

After my brother joined the Army, I was the only child left at home. My parents started to let details slip about her condition. I learned that if my dad not forced her to go to the hospital when I was 10, instead of my dance recital, she could have died. Her oxygen levels had dropped below 70.

Knowing this hurt, but everything about her condition used to feel far away like a dream I struggled to remember, twirling in the back of my brain

When I was 16, my best friend’s mom was diagnosed with cancer.

“How do you deal with having a sick mom?” my friend asked.

I didn’t know. I stumbled through my response telling her it wasn’t really the same situation. I wasn’t sure how to help her. The look on her face told me I was in denial but I wouldn’t realize that for a few years.

If she asked me that question now, my answer would be simple: you don’t.