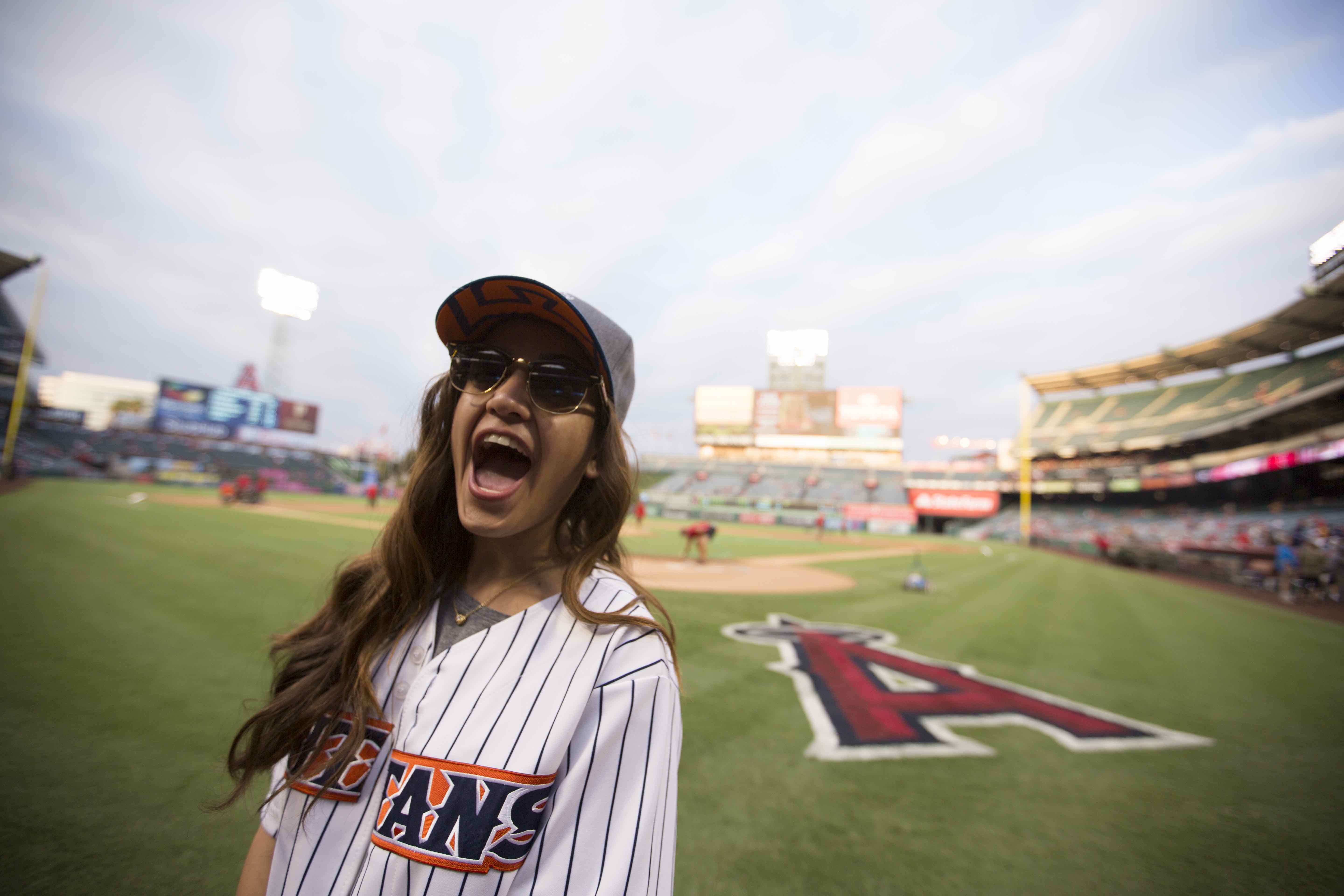 ASI student president Laila Dadabhoy tells it like it is

Being in charge of a $19 million corporation might sound like the pinnacle of a successful business career. But during the 2017-2018 academic year, senior Laila Dadabhoy ’19 (business administration) has had such a dream job.

In March 2017, the 21-year-old from Cypress was elected student body president of Associated Students Inc. (ASI), the only official representative body of Cal State Fullerton’s more than 40,000 students. She is the first Muslim woman to hold CSUF’s top student office.

Dadabhoy got involved in ASI in her freshman year, serving as chief communications officer and vice chair of the Committee on Environmental Sustainability, which seeks to make CSUF a green campus. By the time she sought the presidency, Dadabhoy had built a large personal network in the university community.

The ASI presidency has opened up broad horizons for Dadabhoy. She has traveled throughout California and to Washington, D.C. to represent CSUF to federal and state policymakers, met with hundreds of students and faculty, led the way in balancing ASI’s budgetary realities with the need to increase the organization’s outreach, and talked with reporters from media outlets such as The Orange County Register who are seeking to increase their coverage of the campus.

She has become adept at time management, balancing being a full-time student, a part-time employee at U.S. Bank and an ASI executive with her own private office at the Titan Student Union.

With a student body exceeding the population of many American cities, Dadabhoy has a huge constituency, yet she also knows that many Titans are unaware of the leadership opportunities and representation available to them through ASI.

“We are working to build a stronger relationship with campus groups that are seeking to engage with students,” says Dadabhoy. “This is vitally important to us, because we serve 40,000 constituents and we want to ensure that there are multiple avenues for them to engage with our student government.”

For example, the most recent elections had an estimated voter turnout of less than 10% of the student population, which Dadabhoy partly blames on the switch to online voting and the large commuter population.

Recognizing that a rewarding career post-graduation is the foremost goal for many Titans, Dadabhoy has led in building a dialogue between campus organizations and the local community.

Under her leadership, ASI’s Community Engagement Commission has reached out to businesses and nonprofits in North Orange County and beyond. Her desire is for CSUF to become the leading employment incubator in the Southland.

“We wish to help these organizations understand that not only does Cal State Fullerton take in great students, but they also help these students develop personally, professionally and socially, so that they can become contributing members of society,” says Dadabhoy.

Dadabhoy’s commitment has drawn the praise of her fellow student leaders. “Laila empowers other students to achieve their highest potential,” says Jared Hill ’18 (public administration), chair of the Titan Student Centers Board of Trustees. “Her dedication to Cal State Fullerton is admirable.”

With one of the most diverse populations of any university in the United States, Dadabhoy has kept inclusivity and diversity in focus while representing the CSUF community.

Amidst a vitriolic political atmosphere, she has worked to balance a commitment to students from underrepresented groups while ensuring the university’s support for the free exchange of ideas.

“She is a totally for-the-students type of person,” says Kristyne Robles, office coordinator for ASI. “She tries to be as diverse and inclusive as possible as she seeks to serve our students day-by-day.”

How to get involved as a leader

While ASI presidents have the option of running for reelection, Dadabhoy has declined the chance to seek a second term, deciding instead to pursue her personal development for a business career during the 2018-2019 school year. However, she has advice for future presidents and representatives.

“Don’t be too hard on yourself,” she says. “There’s a lot to be done and it can’t all be accomplished in one year. Be realistic, prioritize well and stay organized.”

While many students will never achieve the ASI presidency, Dadabhoy encourages all Titans to get involved by finding and utilizing their personal niche.

“We have many hands-on opportunities for students to get involved and stand out,” she says. “I recommend that students learn to navigate the campus, understand their own strengths and weaknesses, and be able to identify their best place. While it might sound cliché, learn to be the ‘captain of your own ship.’”